AHRC salutes the 9th Circuit for upholding the Constitution in the face of prejudice and bias: 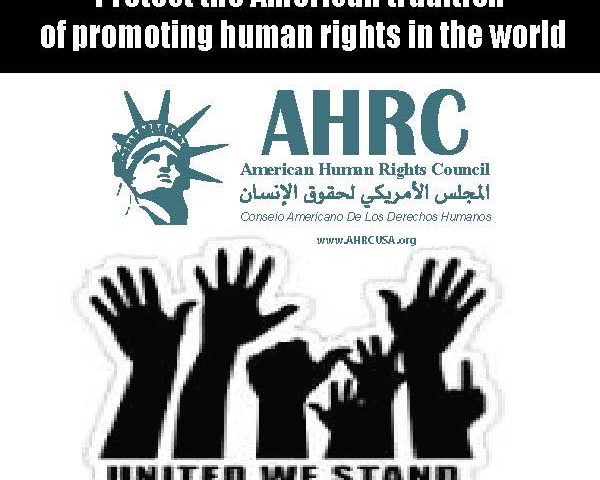 The American Human Rights Council (AHRC-USA) welcomes the 9th Circuit Court of Appeals decision to deny the Trump administration’s appeal to reinstate the executive order banning individuals from seven designated countries from entering the USA as well as the immediate suspension of Syrian refugee resettlement. The ban has been known as the “Muslim ban.”

The federal Constitution is the supreme law of the land and the federal judiciary has the power of judicial review. As to the federal government, the judges decide on which congressional and executive actions are constitutional and which are not. The final say on what is constitutional and what is not is up to the Supreme Court of the United States. This is settled law as far back as Marbury v. Madison.

It is important to note that the district court and the 9th circuit have found no reason in the record to justify the Muslim ban. President Trump’s executive order has failed the lowest of the tests that the courts apply to determine constitutionality- the rational basis test. AHRC is confident that the Trump administration, as stated on the record and in media interviews, is motivated by anti-Muslim animus and not by any legitimate security concerns. We expect the Trump administration to lose, on the merits, even if the matter reaches the Supreme Court.

AHRC-USA believes that we live in extraordinary times. Our Constitution, our values, our way of life are being tested. But we heartened that the American polity is proving to be resilient in the face of a prejudiced and incompetent administration. “We the people” have marched to protest policies based on hate, anger and ignorance. Members of Congress have voiced concerns. The judges have upheld the Constitution.