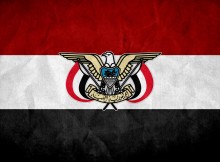 (Dearborn, MI) March 4, 2015 – The American Human Rights Council (AHRC)   urges the United States Department of Homeland Security (DHS), namely DHS Secretary Jeh Johnson, to designate Yemen for Temporary Protected Status (TPS).  In accordance with 8 U.S.C. § 1254a, the Secretary of Homeland Security may designate a foreign country for TPS due to conditions in the country that temporarily prevent the country’s nationals from returning safely, such as an ongoing armed conflict.

AHRC is concerned with the dire situation in Yemen. Yemen is in a chaotic situation with civil turmoil. Western embassies, including the American embassy, have shut down and American personnel were removed from the country. The U.S. Department of State on February 11, 2015 issued a Yemen travel warning that read in part::“The US Department of State warns U.S. citizens of the high security threat level in Yemen due to terrorist activities and civil unrest. On February 11, 2015, due to the deteriorating security situation in Sanaa, the Department of State suspended embassy operations and U.S. Embassy Sanaa American staff were relocated out of the country. All consular services, routine and/or emergency, have been suspended until further notice. The Department urges U.S. citizens to defer travel to Yemen and those U.S. citizens currently living in Yemen to depart. This supersedes the Travel Warning for Yemen issued on September 25, 2014.”

As a human rights organization, we advocate for human rights around the globe. The most fundamental right is the right to life.  We believe that Yemenis in the US who are subject to removal deserve the humanitarian measure of TPS. The crisis in Yemen does not seem to be heading for a resolution in the near future. The closure of the US embassy and the travel warning provide evidence of that reality.

“The reality in Yemen is truly tragic and our Yemeni brothers sisters deserve better. Given the dire situation in Yemen, and generosity pf this country with foreigners from countries facing turmoil, it would be inhumane to remove Yemeni nationals from the US to Yemen” said Imad Hamad, AHRC Exeutive Director.  “We urge Secretary Johnson to designate Yemen for TPS and urge our fellow human rights organizations to advocate for the designation as well,” continued Hamad.