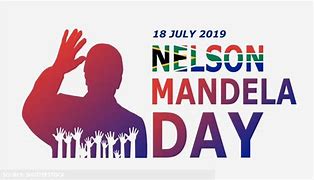 In 2009, the United Nations General Assembly unanimously voted to set aside July 18 as Nelson Mandela International Day to honor the lifelong work and activism of Nelson Mandela in his fight for the advancement and protection of civil and human rights for the people of South Africa and for people around the world. Nelson Mandela International Day is set aside every year on July 18 to celebrate the life of this great world leader, and to call on communities across the world to act in ways to make the world better. It is a call to action for world citizens to commit to helping to make the world more just and better for everyone. Many people around the world use this day as a day of service and volunteerism in their local communities.

Nelson Mandela devoted most of his life serving humanity. Throughout 67 years of service, the world leader inspired and impacted people across the world serving as a human rights lawyer, international peacemaker and the first democratically elected president of a free South Africa.

Save the date: AHRC “Spirit of Humanity” Gala 2021

The American Human rights Council (AHRC-USA) is pleased to announce its annual AHRC “Spirit of Humanity” Awards Gala that will be held on Friday, October 22, 2021 at 6:00 p.m. Due to Covid-19 pandemic crisis, the gala’s location, program and details will be released and announced in the future.

These are challenging times. It is our common humanity that we are determined to protect. To donate, please visit: www.ahrcusa.org  for safe & secured donation