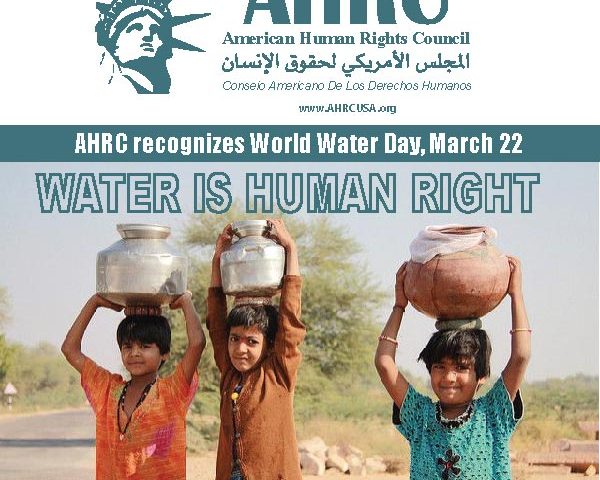 World Water Day is a day to raise global awareness and to encourage action around the cause of access to clean water and sanitation to all around the world. Clean water is a basic human right and not a privilege nor a luxury. The United Nations theme for World Water Day 2019 is ‘Leaving no one behind,’ which is the central promise of the 2030 Agenda for Sustainable Development: as sustainable development progresses, everyone must benefit.

In addition to quality jobs, access to clean water and sanitation has an impact on the health and well-being of nearly 1 billion people around the world, including cities across the United States. While its crisis was acute, Flint is not the only American city with clean water access issues.

For a number of years, the State of Michigan, Wayne County and the city of Detroit in particular have been the home of 12 US Ecology sites that store and process radioactive waste and hazardous materials. Dumping hazardous material in the Detroit river presents serious health risks especially to those less fortunate who live near one of the biggest US Ecology processing centers close to the city of Hamtramck. This serious issue should not be taken lightly nor be dragged further. People’s health comes first.

“Access to clean water and proper sanitation is a human right,” said Imad Hamad, AHRC’s Executive Director. “AHRC have actively involved with coalition’s partners organizations, elected officials and citizens to advocate for the right to clean water and sanitation to all people in the US and around the world,” continued Hamad.

AHRC encourages all people to learn more about World Water Day and to take action within their perspective cities to ensure that every person has access to clean water and proper sanitation.