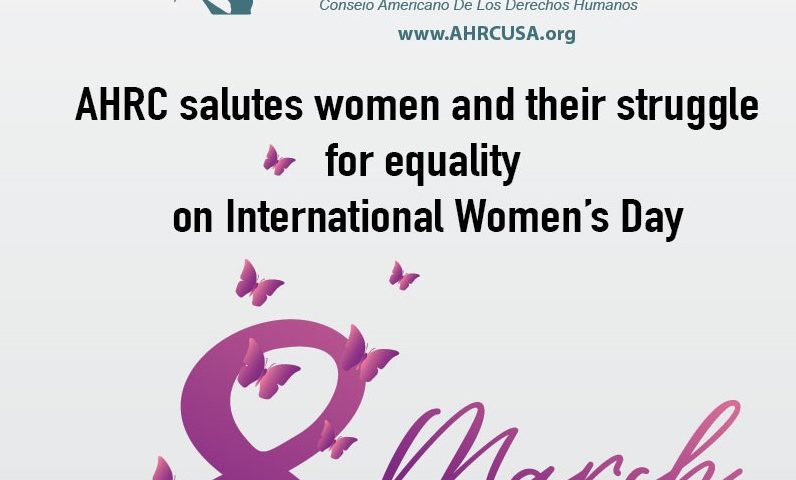 International Women’s Day is a time to reflect on progress made, to call for change and to celebrate acts of courage and determination by ordinary women, who have played an extraordinary role in the history of their countries and communities. The yearly recognition reaffirms the appreciation owed to all women in the world for their immense contributions to all humanity.

The UN statement on this day captures the challenges and the hopes for gender equality by 2030: “The world has made unprecedented advances, but no country has achieved gender equality. Fifty years ago, we landed on the moon; in the last decade, we discovered new human ancestors and photographed a black hole for the first time. In the meantime, legal restrictions have kept 2.7 billion women from accessing the same choice of jobs as men. Less than 25 per cent of parliamentarians were women, as of 2019. One in three women experience gender-based violence, still. Let’s make 2020 count for women and girls everywhere.” https://www.un.org/en/observances/womens-day

“We should all work for a world where girls and women are not denied freedoms and rights on the account of their gender,” said Imad Hamad, AHRC Executive Director. “Society does not live up to its full potential when more than half of its population face limitations and obstacles,” added Hamad.

“Every day there should be recognition of women in one’s circle,” said Ms. Minnie Washington, AHRC Board Member. “Culture, race or religion should not divide us. We are more than half of humanity and we can contribute in all fields to benefit all humanity,” added Washington.

“Women contribute immensely to the betterment of society in the unpaid work they do to sustain their families and in the paid work they do outside the home,” said Dr. Nakpangi Thomas, AHRC Advisory Board member.

Your story is published and below is a link to the publication
http://www.thenigerianvoice.com/news/285847/ahrc-recognizes-international-womens-day-march-8.html