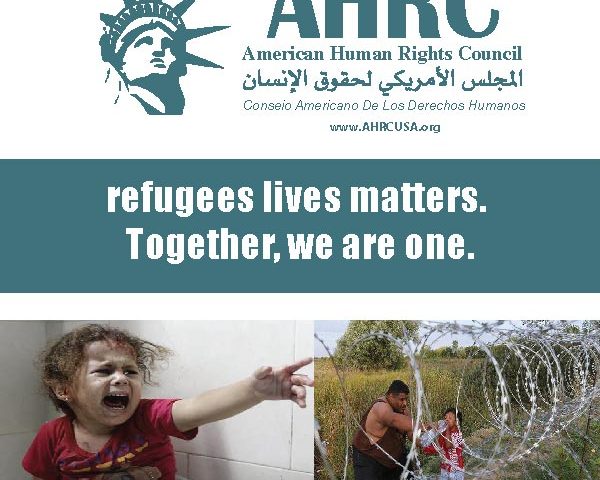 In 2001, June 20 was set by the United Nations as World Refugee Day in order to raise awareness and build support and change within the global community on behalf of the world’s forcibly displaced people and refugees. This year’s theme is #StepWithRefugees — Take A Step on World Refugee Day.

The global refugee crisis is only getting worse. Natural and human- made disasters keep pushing people off their countries of habitual residence. There are millions of people in the world who are living in truly challenging circumstances. Currently, only a fraction of the refugees and displaced people are receiving the help they need, including the relief of resettlement.

The US has always been a generous country taking in tens of thousands of refugees a year. It’s an American tradition that is part of the identity of the country as promised by the words inscribed on the Statue of Liberty. Unfortunately, the Trump administration has drastically reduced the numbers of refugees the US admits every year. The result of this harsh measure is that the US is in no position to ask other countries to take in more refugees when the wealthiest and most powerful country in the world, with a vibrant economy, would not.

Refugees, stateless people, and internally displaced people constitute the world’s most vulnerable population. They escape their homes due to forces beyond their control. They lose property, hometown, family and jobs. Desperately seeking safety for themselves and their family, they are often taken advantage of by unscrupulous smugglers. It is extremely urgent that the world put the refugee issue on the global agenda and give it the attention it deserves.

AHRC calls on all governments, especially the US government, to take in more refugees and provide more assistance to organizations that assist refugees.

“The refugee crisis is a global problem, it is everyone’s problem, and it needs a global solution,” said Imad Hamad, AHRC Executive Director.
“It is imperative that governments, civil society and individuals of good will work together to help tackle the refugee crisis,” concluded Mr. Hamad.

To learn more about the global refugee crisis and ways to be involved please visit: www.unhcr.org

Your story is published and below is a link to the publication
http://www.thenigerianvoice.com/news/279190/ahrc-observes-world-refugee-day-with-renewed-commitment-to-a.html