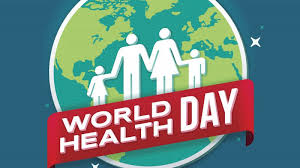 World Health Organization (WHO) was founded on April 7, 1948. Since then, April 7 serves as a constant reminder of the importance of keeping our planet heathy. It’s an occasion to shed awareness of the urgent and pressing collective efforts needed to keep humans and earth healthy. This year’s theme is “Our Planet, Our Health”.

This World Health Day we are still living in a world struggling with the Covid pandemic. The pandemic reinforced the importance of public health and equitable access to health resources.

World Health Day is a day of interest to every person on earth. Maintaining a healthy planet require efforts at all levels. The planet’s wellbeing continues to face immense challenges such as climate change that is causing environmental changes such as floods, extreme rainfalls, and droughts. Climate change affects the spread of diseases.

Climate change is a reality. The wave of massive floods that we experienced in Detroit, Dearborn Heights and at many other cities across the state of Michigan and the nation a year ago serve as a reminder of what the future could hold for all of us. World Health Day is a call for serious plans to deal with climate change.

Time is overdue for everyone to pay closer attention to climate change and its consequences. AHRC calls upon our government at all levels to actively search for solutions as well as take serious measures to save the planet.

“Our health and the health of the planet are closely connected,” said Imad Hamad, AHRC Executive Director. “We urge action at all levels of governments to deal with climate change,” concluded Hamad.

Dear author,
Your story is published and below is a link to the publication
http://www.thenigerianvoice.com/news/307176/ahrc-observes-world-health-day.html