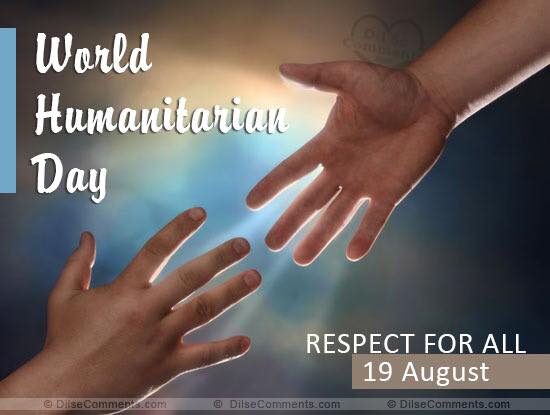 The American Human Rights Council (AHRC-USA) joins the world’s community in recognizing World Humanitarian Day that falls today August 19. This occasion comes amidst a world full of conflict and wars in addition to several other pressing crises such as hunger, disease, displaced populations, and record refugee populations that is over 100 million people around the world who are in dire need of basic aid.

The United Nations General Assembly declared August 19 as World Humanitarian Day in memory of 22 staff members who were killed in Iraq as a result of the terror bombing of the UN headquarter in Bagdad in 2003. It is a day of remembrance of those who lost their life trying to help provide humanitarian relief to others. The unfortunate reality is that humanitarian aid workers increasingly are subject to kidnappings and killing.

“On this day we remember all the heroes of humanitarian work who died trying to help the less fortunate around the world. The dedication of these humanitarian workers is literally a matter of life or death for the vulnerable populations they serve” said Imad Hamad. AHRC Executive Director. “On this day we salute all humanitarian workers, those who have gave up their life helping others and those who are still in the field enduring hardships to save humanity. To them we say thank you for being humanity’s true heroes,” continued Hamad