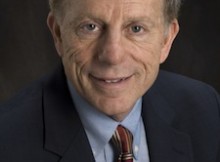 [Michigan, February 4, 2015]: The American Human Rights Council (AHRC-USA) expresses its heartfelt condolences to the Krichbaum family and to the civil and human rights community for the passing away of Dr. Daniel “Dan” Krichbaum, a civil rights and interfaith leader. Dr. Krichbaum died yesterday Tuesday, Feb. 3, 2015 leaving behind his wife, four children and four grandchildren. Dan served the community and our nation for several decades promoting and defending justice and building bridges of understandings. His passion and conmmitment to human rights and human dignity is an inspiration to all of us. Dan had an impressive resume’. He served as the CEO of the Michigan Round Table (formerly known as NCCJ), Chief Operating Officer during the administration of Governor Jennifer Granholm and as a former Director of the Michigan Department of Civil Rights. Dan’s legacy will live for generations. The civil rights and human rights community will miss Dan who was a true and genuine leader.

“As a seminary student in New York in the early ’60s, Dan was fortunate to hear Rev. Dr. Martin Luther King Jr. deliver his famous civil rights speech at the historic Riverside Church, with Dr. King’s words etched in Dan mind and heart,” said Steve Spreitzer, President and CEO at the Michigan Roundtable for Diversity and Inclusion to the Detroit News today.

“Director Krichbaum was a great leader. He had an open- door policy. He believed in pluralism and practiced what he preached. He was passionate about civil rights and made sure that the people of Michigan knew about the work of MDCR,” said Maysoon Suleiman Khatib, a former MDCR employee and an adjunct professor at Murray State University in Kentucky.

“Dan’s legacy is that of kindness and genuine concern for human rights and dignity,” said Imad Hamad, AHRC Executive Director. Mr. Hamad worked with Dan in different capacities related to civil rights, civil liberties and anti- racism and anti-discrimination over the past few years. “Dan was a peacemaker and a man of strong faith, forgiving, seeing the best in people- some qualities that we rarely see these days,” continued Hamad. “The last communication I received from Dan was an email on Jan. 16, 2015 complimenting the work of AHRC. Hearing from a leader like him meant a lot for us amidst the tough challenges facing our nation and the world. He will be missed,” continued Hamad.
Rest in Peace Dan.

Memorial Service:
Rev. Dr. Daniel H. Krichbaum memorial service has been set for 2 p.m., on Saturday, February 14th, at First United Methodist Church of Birmingham, 1589 West Maple Road, Birmingham. The service will be followed by a 3 to 5 p.m. reception. Funeral arrangements are being made by AJ Desmond and Sons.