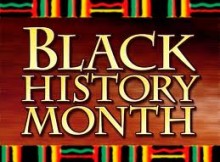 [Michigan, February 2, 2015]: The American Human Rights Council (AHRC), joins the nation in observing and celebrating Black History Month that begins on February 1 and ends on February 28. This month is celebrated annually across the Unites States recognizing and celebrating the achievements and accomplishments of African Americans. On 1976, US President Gerald Ford formally recognized Black History Month as an occasion to recognize , highlight and observe the unique contributions of African Americans to American society. Since 1976, this has become an annual tradition that has been honored by every President. It is a month full of activities at schools and in communities nationwide that remind us of the contributions of the African Americans.

AHRC calls on the community at large to actively participate in the several great events planned for this Black History Month. This is a time when we are all reminded of the important contributions of African Americans at all levels especially their struggle on behalf of social and racial justice, civil rights and civil liberties and human rights for all. Black history Month is a celebration of life and hope.

“African American history is American history. There is a lot to learn or to remind ourselves about the sacrifices and contributions of African Americans- our fellow citizens and brothers and sisters in humanity. Their struggles and achievements are an inspiration to all humanity” Said Dr. Opada Alzohali, AHRC President.

“When we think about African- American History many great people come to mind. We think of people of all walks of life whose contributions have made this country what it is today. African Americans helped make this great nation but for a long time did not get the credit that is duly deserved,” said AHRC Executive Board Member Minnie Washington.

“Our American nation and the world owe much gratitude to African Americans who faced tremendous challenges and still struggle today to achieve the promised full equality. In celebrating Black History Month we celebrate our humanity and the triumph of the human spirit over tremendous adversity” said Imad Hamad, AHRC Executive Director.