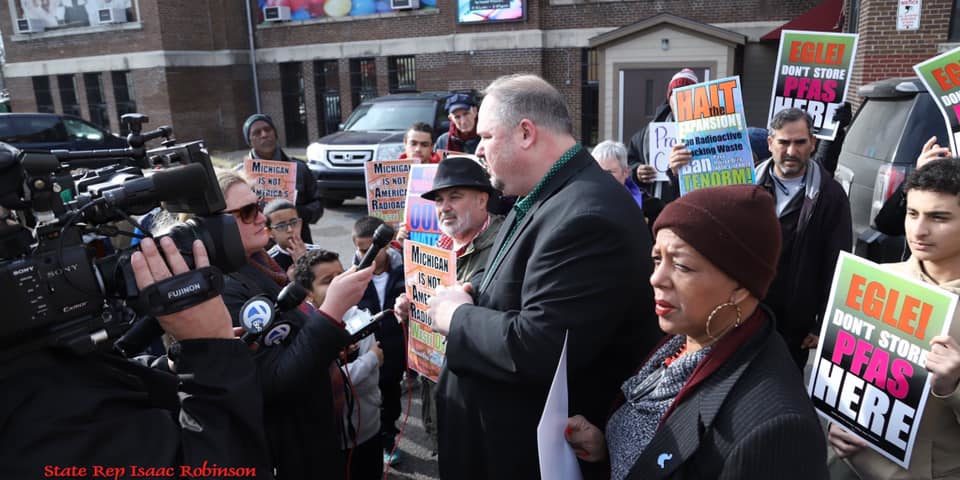 This decision was announced on January 30, 2020 and comes as a slap on the face of people working to block massive increase of toxic waste processing in Detroit amidst and near one of the poorest residential areas in Detroit.

AHRC notes that the expansion falls short of addressing the serious health impact on the residents close to the processing sites.

AHRC will continue its work with coalitions partners and officials in order to assure that public health and people’s health and interests come first and above money issues. People’s health should be a top concern regarding of the demographic profile of the area. The value of human lives is not determined by wealth, race, color or faith. The danger of radioactive waste processing in Detroit, Wayne County and Michigan continue to be a threat to Michigan water supply system.

“All human beings are equal in their entitlement to human rights,” said Imad Hamad, AHRC Executive Director. “Every human being is entitled to live in a safe and healthy environment,” added Hamad.