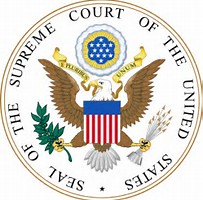 [Michigan- June 27, 2017]: The American Human Rights Council (AHRC-USA) is deeply troubled by the Supreme Court’s approach to this case. The Court approached the case with a focus on the President’s powers and not on what we see as the real issue here- that the Ban is not grounded in facts but is grounded in religious bias and animus. The bias and animus can be discerned from the statements made by candidate Trump and President Trump.

The Court’s temporary order exempts from the order foreigners who can prove “bona finde” ties to the US- such as a family relationship or a college acceptance. This temporary order excludes all refugees who are escaping persecution, with dire consequences. Also, the challenge as to those who were excluded from the Ban is going to be implementation. In this toxic environment that has been at least partially validated by the court, we expect to see more litigation over “bona fide” ties cases.

“We are extremely disappointed by this decision,” said Imad Hamad, AHRC Executive Director. “We were hoping to see the court focus on human rights in its analysis and to send a clear message as to immoral and unethical discrimination, but this did not happen,” added Hamad. “We will continue to advocate, at all levels, for a humane US immigration policy,” concluded Hamad.