AHRC honored by The Arc Detroit: 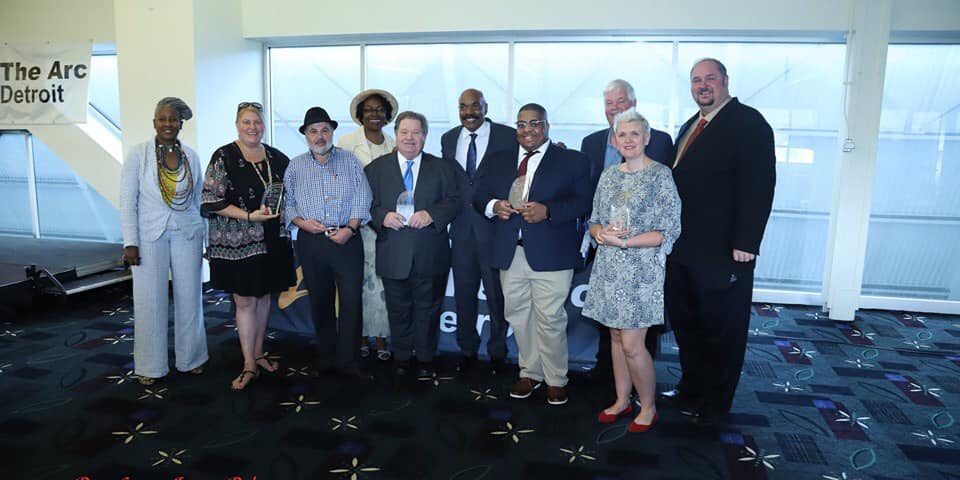 The American Human Rights Council (AHRC-USA), board, volunteers and supporters congratulate Mr. Imad Hamad, AHRC Executive Director, on receiving the Humanitarian of the Year, Human Rights award The Arc Detroit in recognition of his tireless efforts and dedication advocating for human rights including disability rights at The Arc Detroit’s 68th Annual Luncheon that was held on Saturday, September 14, 2019 in Detroit.

AHRC expresses its appreciation to The Arc Detroit for this recognition. The Arc Detroit is an organization dedicated and committed to providing advocacy and services to persons with intellectual impairment and other developmental disabilities and their families.

The Arc Detroit stated in its recognition: “Imad Hamad is a firm believer that Disability Rights are Human Rights. He assisted the disability community in preparing for national and state elections and helped organize community meetings with candidates to insure that the needs of persons with disabilities are heard. Imad Hamad is the first recipient of The Arc Detroit Human Rights Award.”

“I am truly honored to receive this recognition from The Arc Detroit,” said Imad Hamad, AHRC Executive Director. “This award is a tribute to all the AHRC family who are committed to defend and advocate for human rights to all people,” continued Hamad.