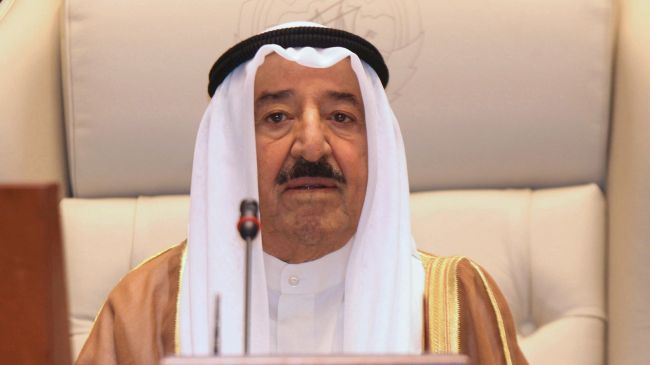 The American Human Rights Council (AHRC-USA) expresses its deep condolences to the state of Kuwait, government and people, and the Arab Muslim countries for the passing of H.H. Sheikh Sabah al-Ahmad al-Sabah. Sheikh al Sabah died today September 29, 2020 at the age of 91.

Sheikh al-Sabah was sworn in on 29 January 2006 and has ruled Kuwait since offering a steady hand in a turbulent region. During his rule he emerged as a moderate Arab leader and a prominent voice of reason and a strong advocate for unity in a region facing a number of wars and conflicts.

Earlier this month, President Trump awarded the Legion of Merit, Degree Chief Commander to Sheikh al Sabah. The honor was last awarded in 1991.It is given for exceptionally meritorious conduct in the performance of outstanding services and achievements.

“HH Emir Sabah al-Sabah was a remarkable leader who led his nation with wisdom, compassion and determination, “said Imad Hamad, AHRC Executive Director. “Under his leadership, Kuwait played a key role in global philanthropy,” added Hamad. “We have no doubt that this noble tradition will continue with his successor,” concluded Hamad.

Dear author,
Your story is published and below is a link to the publication
http://www.thenigerianvoice.com/news/292318/ahrc-extends-its-sincere-condolences-to-kuwait-for-the-passi.html

# # # #
Donate to AHRC:
These are challenging times. It is our common humanity that we are determined to protect. To donate, please visit: www.ahrcusa.org for safe & secured donation