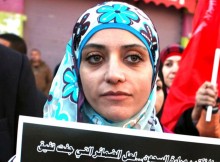 The American Human Rights Council (AHRC-USA) joins the human rights community expressing its serious concern regarding the fate of Ms. Shereen Al-Issawi, a 35-year old Palestinian female prisoner who has been held in a solitary confinement cell at the Israeli Neve Tirza prison since the beginning of May 2015. She has been in detention since June 2014 .

According to her family and human and prisoners rights advocate organizations in the Palestinian territories, the solitary confinement cell severely lacks the basic living conditions for a human being to be placed in as it is sealed and closed from all sides during the current exceptional hot weather conditions. In addition, the “solitary cell” she is held in, has no ventilation. The Israeli authorities transferred Ms. Al-Issawwi from Hasharon prison to Neve Tirza prison alleging that she incited prisoners.

AHRC calls upon the Israeli authorities to fully comply with the United Nations Universal Declaration of Human Rights and the Geneva Convention as it pertains to prisoners. AHRC also calls upon the UN Human Rights Commission to actively engage in efforts to ensure the safety of Ms. Al-Issawi. The condition that Ms. Issawi is enduring in the solitary confinement cell are very alarming .

AHRC reiterates its serious concern regarding her well being as well as other thousands of political prisoners held by the Israeli authorities who are being held under miserable conditions.