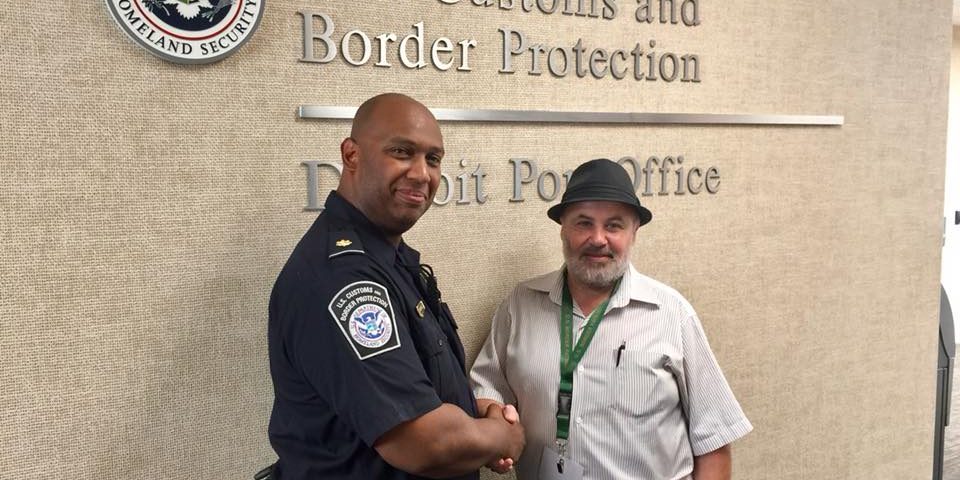 [Michigan, August 23, 2018]: The American Human rights Council (AHRC-USA) extends its congratulations to its executive director, Mr. Imad Hamad. On August 18, 2018, Mr. Hamad successfully completed the CBP-Border Patrol Academy. CBP (Customs and Border Patrol) is part of DHS (Department of Homeland Security) and is responsible for managing, controlling and protecting the nation’s border. It is the agency that protects and secure our nation’s borders.

The academy was conducted through the month of August 2018. The Citizen academy is one of the valuable programs that CBP and other agencies have that are designed to  create better understanding, awareness, information and knowledge relating to the agencies’ mission and tasks  The sessions included overview of operations, technology, and field orientation to foster understanding.

“There are a number of misunderstandings and misconceptions about the work of CBP,” said Imad Hamad, AHRC Executive Director. “Education is key in understanding the process from the government side. These Citizen academies are very valuable and help us as citizens to better understand the role, the process and the function of these agencies,” added Hamad. “We commend CBP staff and leadership for providing this opportunity that will assist AHRC in advocating for human rights and equal dignity for everyone, at the border and in the interior of the country,” concluded Hamad.