AHRC Disappointed with Governor Whitmer’s Israel Visit, Urges her to Engage with the Palestinians: 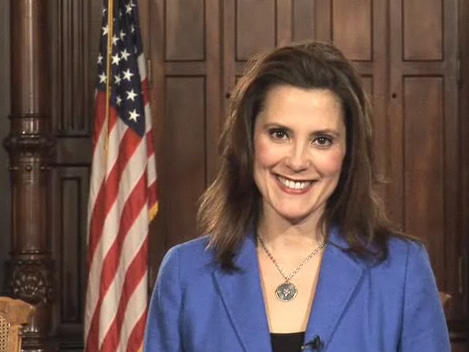 The American Human Rights Council (AHRC-USA) adds its voice to the many voices disappointed by Governor Whitmer’s decision to visit Israel. The governor is expected to conduct a five- day visit to Israel. Governor Whitmer said that the “the timing to go to Israel now was right” given that the Michigan legislators will be “taking hunting and Thanksgiving breaks” during her travel.

The timing of such visit is very concerning regardless of its declared purposes. It comes on the heel of ongoing brutal Israeli military attacks that killed and injured a number of innocent Palestinians, primarily children, women and elderly in besieged Gaza. It also coincides with Secretary Pompeo’s abandonment of a 41- year old US policy that considers the Palestinian lands occupied by Israel in 1967 occupied territories. AHRC is deeply concerned that Governor Whitmer’s visit to Israel in this context will be perceived as acquiescence, if not approval of US abandonment of its long time policy and of Israeli repressive policies.

AHRC recognizes that Governor G. Whitmer is not the only elected official who visited Israel or is planning on visiting Israel. Congresswoman Brenda Lawrence and many others did. AHRC recognizes that such visits will continue and, in part, it reflects the power of the pro-Israeli lobby in America. Peace advocates in Michigan and across the nation are called on to mobilize and continue the work to compel elected officials towards balanced polices that contribute to genuine and lasting peace ending the Israeli occupation. AHRC asserts that American US policy is an unbalanced and biased foreign policy related to this conflict.

Michigan has a large constituency of Arab and Muslim Americans who are against the continued illegal Israeli occupation and the inhumane treatment of the Palestinians. Many of them have voted for Governor Whitmer. We urge the governor to take Arab American and Muslim concerns regarding her visit to the Holy Land, Israel and the Occupied Palestinian Territories.

Human rights can’t be selective or optional. We believe that all human beings regardless of faith, race or nationality are entitled to inalienable human rights. We know that Governor Whitmer believes in human dignity for everyone. We urge Governor Whitmer to consider human rights in arranging trade with Israel and to follow in the footsteps of Michigan Congressman Andy Levin who visited the Holy Land but was critical of Israeli unjust treatment of the Palestinians.

AHRC calls on Governor G. Whitmer to be fair and inclusive in her visit and not to exclude meeting with high level Palestinian Authority representatives, including PA President Mahmoud Abbas, and look into ways to build economic ties with the Palestinians as well.

“For the sake of advancing justice and peace, we urge Governor Whitmer to consider the impact of her visit on Palestinians in Palestine and on Arab and Muslim Americans in Michigan” said Imad Hamad, AHRC Executive Director. “Prime Minister Netanyahu will spin the visit as approval of Israeli oppressive policies toward the Palestinians and more proof that the world does not care for how Israel treats the Palestinians,” added Hamad.

Your story is published and below is a link to the publication
http://www.thenigerianvoice.com/news/283053/ahrc-disappointed-with-governor-whitmers-israel-visit-urge.html

One thought on “AHRC Disappointed with Governor Whitmer’s Israel Visit, Urges her to Engage with the Palestinians:”