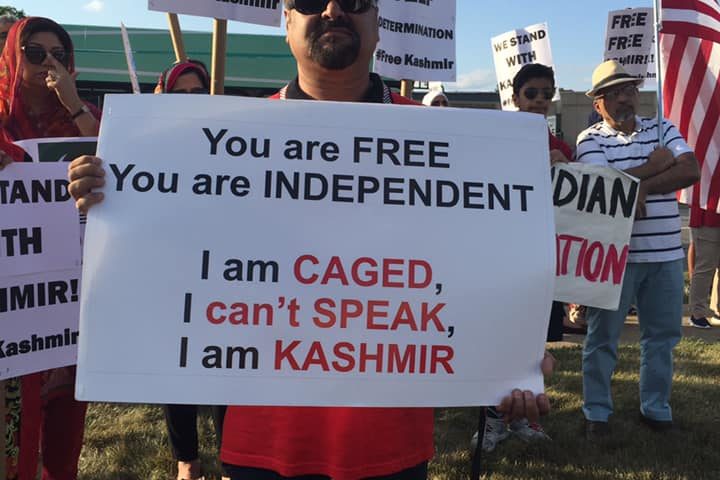 Kashmir is one of a number of issues of contention between India and Pakistan. The autonomy status of Kashmir was one way to keep tensions manageable. Recently, President Trump offered to mediate between Pakistan and India over their disagreements, including over Kashmir He was rebuffed. Pakistan’s Prime Minister Imran Khan also made a number of attempts to have a dialogue with India. He was ignored.

Instead of mediation and dialogue, India has chosen to create facts on the ground in Kashmir. Thinking it is the right time to violate Kashmir, the Hindu nationalist PM Narendra Modi is dealing with Kashmir as an occupied enemy city. The Indian army has imposed severe curfews on the residents of Kashmir and put the whole area under siege.

According to multiple media reports, the Indian military forces has arrested and detained civilians including women, elderly, children, clergy and all the community leaders and activists. Reports indicate inhumane treatment and assaults committed against the residents of Kashmir in brutal fashion transforming Kashmir into a war zone with no regard to the basic human rights of its residents. Kashmir has been cut off from the world.

AHRC is very alarmed by India’s actions. AHRC calls upon the United Nations and the international community to intervene and provide protection to the residents of Kashmir and its entire population. India should be held accountable for the human rights violations committed in Kashmir. Kashmir’s autonomy should be restored.

“The whole world is watching India ignore calls for mediation and peaceful dialogue and instead choosing to violate the human rights of the people of Kashmir,” said Imad Hamad, AHRC Executive Director. “The situation in Kashmir should not be tolerated, the world should do more to protect the eight million Kashmiris from the regime of Hindu nationalists,” added Hamad.