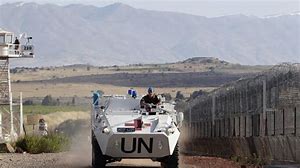 The American Human Rights Council (AHRC-USA) is deeply troubled by President Trump’s abandonment of the American long held position of not recognizing the Israeli sovereignty over the Golan Heights.

Israel occupied Arab lands in the 1967 war, including the Golan Heights. Acquiring land by aggression and force is against international law. UN resolutions after the war required that Israel withdraw from the lands it occupied in 1967. In response to Israel extending its de facto sovereignty over the Golan Heights, the Security Council, unanimously, declared Israeli actions as “null and void and without international legal effect.” This is the global position on the Golan that until recently the US was part of.

As a human rights organization, we are deeply troubled by the Trump administration abandoning American policies that had a semblance of balance in the Middle East. This move on the Syrian Golan Heights has been preceded by recognizing Jerusalem as the “capital” of Israel. These moves are inconsistent with long held American policies. The occupation and annexation of land by force is a violation of the most basic premises of international law and international norms.

Not only is Mr. Trump giving America’s stamp of approval to occupation, he is de facto sanctioning violations of the international order of which the US is a key upholder. There is a consensus in international law and politics that annexing land by force is a crime. The US and other countries went to war with Iraq after it occupied Kuwait in order to uphold that norm.

Both Israel and the US are members of the UN and are bound by its charter. The Trump administration’s new position on the Golan is going to set a precedent for others and lead to international chaos. And most importantly, not only it does not help the cause of peace, it inflames the region. The prospects of peace are getting dimmer by the day and the so-called Deal of the Century is nothing but puffery and sales talk.

An important constituency of President Trump and members of his administration are approaching the politics of the region from a Messianic End of Times angle. While we are not in the position of questioning the beliefs of any faith community, we are deeply troubled that, seemingly, visions of End Time violence and clashes seem to be driving this administration’s positions on the Middle East. The latest comment of Secretary of State Pompeo that God sent Mr. Trump to save the Jews from Iran indicates that the foreign policy of the US is driven by a sectarian outlook and not by international law and international norms.

“We are deeply troubled by US policy in the Middle East,” said Imad Hamad AHRC Executive Director. “Instead of the US extinguishing fires of hate and anger in the region, we see the current administration playing the role of the arsonist,” continued Hamad. “US policy should be driven by respect for international law and international norms, not political expediency,” concluded Hamad.