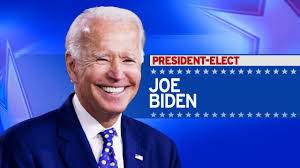 [Michigan, November 7, 2020]: The American Human Rights Council (AHRC-USA) and the community it proudly serves in Michigan and across the nation, extend their congratulations to President-Elect Joe Biden and Vice-President- Elect Kamala Harris for their victory in this year’s presidential elections.

Now that the elections are behind us, AHRC urges all citizens, regardless of their political views and political party affiliations, to reconcile and unite to serve the nation. The nation and the rest of the world face unprecedented challenges as to public health and the global economy.

Voters chose and voters decided and this the beauty of our American democracy. AHRC calls upon both the Democratic Party and the Republican Party to collaborate and help reach reconciliation and work together on solutions in the interests of the nation. It is important to pass the long-awaited stimulus bill that businesses and families need.

AHRC looks forward to the Biden-Harris administration fulfilling its promises to protect and advance people’s basic civil and human rights. We urge inclusion and diversity in word and in deed.

As to foreign policy, we hope the new administration sets policy grounded in America’s democratic values and respect and commitment to international law and UN resolutions. AHRC hopes that the Biden-Harris administration will help bring genuine peace and help put an end to the senseless wars in the Middle East and in the rest of the world.

AHRC urges all elected officials to seize the occasion to help unite the country. We cannot afford open- ended division.

“We are optimistic that the country again will put democratic values and human rights at the center of its policy making, domestically and internationally,” said Imad Hamad, AHRC Executive Director. “Promises were made and expectations are set as to commitment to human rights and human dignity,” added Hamad. “We will be watching the new administration closely to make sure they deliver on these promises,” concluded Hamad.