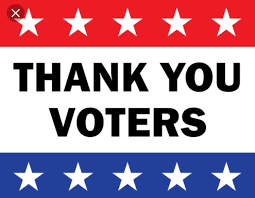 The American Human Rights Council (AHRC-USA) congratulates all candidates who managed to earn the voters’ confidence in this 2020 primary elections. Despite the Covid-19 crisis and the exceptionality of this year’s election season, the voters have decided.

AHRC hopes that all winning candidates live up to people’s expectations and fulfill their electoral campaigns’ promises and pledges. The ultimate test is the future ahead and the ability of these elected officials to prove themselves worthy of the responsibility entrusted to them.

In a democracy, by definition, there are winning candidates and losing candidates. In this spirit, AHRC salutes all the candidates who were part of the electoral race at all levels and did not make it. Their active participation in this election brought energy, motivation and incentive for more public participation. Their role was important to advance the much-needed debate on issues that matter to people.

AHRC urges everyone to remain positive for the public good and focus on Nov. 2020. The general elections in November will be a turning point in politics in America. AHRC calls upon those who did not vote during this primary election to vote in the general elections.

“This primary had a low turnout due to Covid-19,” said Imad Hamad, AHRC Executive Director. “But it is good that primaries were held,” added Hamad. “Elections are vital to democracy, we salute all who voted,” continued Hamad.

Dear author,
Your story is published and below is a link to the publication
http://www.thenigerianvoice.com/news/290478/ahrc-congratulates-all-the-winning-candidates-2020-primary.html

# # #
Donate to AHRC:
These are challenging times. It is our common humanity that we are determined to protect. To donate, please visit: www.ahrcusa.org for safe & secured donation