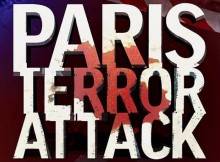 [Michigan, Thursday January 8, 2015]: The American Human Rights Council (AHRC) condemns in the strongest terms the horrific terrorist attacks against the Charlie Hebdo magazine in Paris, France that took place on Wednesday, January 7, 2015 and claimed 12 lives. This is another crime against humanity that serves as another reminder regarding this growing danger before us as, the free world and peace loving people.

AHRC is deeply concerned over the escalation of violence, extremism and acts of terror in many areas of the world. Terrorism and extremism constitute a rising global challenge amidst a troubled world occupied of wars, division, suffering, despair, poverty, inequality, racism, hatred, hopelessness, oppression, torture, and conflict. It recognizes no borders, no faith, no nationality, no race and no color.   Violence and terrorism regardless of who is doing the killing, is condemned in the strongest words and bear no justification.  AHRC affirms that through creating and advancing the culture of human rights, we together, can combat terrorism and extremism.

AHRC affirms that each human life is very precious and its value is not determined by race, color, national origin or faith.  These inhumane attacks in France or/and anywhere else should unite us against extremism, violence, and terrorism. The world must define and address this growing and fast expanding challenge. The world should define the root causes of this growing threat against all of us as a threat to our common humanity. We all stand united facing this growing danger facing us regardless where these acts of terror occurred.

“The France tragedy was such a monstrous and cowardly act! The world has lost its grip and should shed many tears over losing innocent People”. said Ms. Minnie Washington, AHRC Executive board Member.

“This crime violates basic human decency.  It violates the fundamental principles of Islam and should not be attributed to Islam or Muslims under any circumstances.” said Imad Hamad, AHRC Executive Director.