AHRC CONDEMNS THE MASSACRE OF WORSHIPERS IN DIYALA: 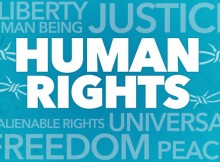 The American Human Rights Council (AHRC) strongly condemns the brutal crime of the mass executions ofArab  “Sunni” worshipers during the Friday prayers at Musab bin Umayr Mosque in the city of Himreen in Diyala Province in Eastern Iraq on August 22, 2014. Media reports indicate that anti-Sunni sectarian militiamen burst into the mosque during the Friday prayers and began executing the worshipers who included women and children. These armed militiamen posted snipers outside the mosque to prevent the burial of the victims, which amounted to around 73. The activities of these sectarian militias according the several media reports and agencies constitute serious violations of the international humanitarian law. Hundreds of thousands of innocent people, mainly children and women, are suffering extreme hardship due to the activities of these different sectarian criminal militias in Iraq. AHRC joins the human rights community in calling for a concerted international response to the atrocities committed by such seatrain militant groups as well as the threat of ISIS.The United Nations must uphold the Universal Declaration of Human Rights and intervene to end the humanitarian crisis in Iraq that has harmed all the communities in Iraq.

“A mosque as a house of worship should be an island of peace in the middle of chaos and war. All worship places must be respected, protected, preserved and untouched regardless of faith” said Imad Hamad, AHRC Acting Director. “We urge the Iraqi government to bring the criminals to justice and we call on all Iraqis to unite to save Iraq from catastrophe. We hope the international community spares no in effort in ending the ongoing tragedy in Iraq,” continued Hamad.