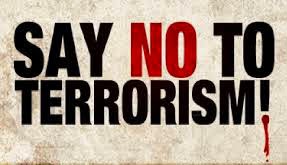 {Michigan, Nov. 1, 2017}: The American Human Rights Council (AHRC-USA) joins the nation and all peace loving people across the world in condemning the recent terror attack that caused the death of eight innocent people and injured eleven others in New York City. This terror attack is a reminder that the threat of terrorism is real and that we need to remain vigilant and work tirelessly to counter the radicalization narrative that helps create hate that leads to terror and crimes against humanity.

AHRC reiterates its position of condemning violence against innocent people and terrorism regardless of the identity of the victim or the identity of the perpetrator. A criminal act or a terror act by a member of a religious group or a national group cannot, morally or legally, incriminate the whole group. Individuals are responsible for their individual acts. A whole national group or a whole faith group should not have their rights violated on account of the criminality of one individual.

AHRC extends its sincere condolences to the families of the death of their loved-ones and wishes the injured a speedy recovery.

“Violent crimes and acts of terror remind us to be vigilant as a government and as a people” said Imad Hamad, AHRC Executive Director. “But we must not forget that demonizing a whole group of people is part of the radicalization problem and does not contribute to the solution,”  added Hamad.