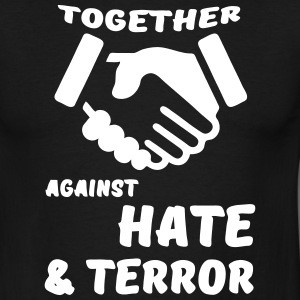 [April, 28, 2019]: The American Human Rights Council (AHRC-USA) condemns the shooting at the Congregation Chabad in Poway, California.
This heinous crime, motivated by hate, is added to a long list of crimes motivated by hate- the Christchurch shooting, the Tree of Life Synagogue shooting in Pittsburgh and Sri Lanka.

AHRC reiterates its position that terrorism at home and abroad is one and the same. It recognizes no faith, no color, no race and no boundaries. It’s a common enemy to our common humanity.

AHRC warns that the continuation of the decisive political rhetoric is one key reason that is contributing to feed such culture. AHRC expresses its condolences to the families of the loved ones and wishes all the injured a speedy recovery.

“We are saddened by this heinous crime in San Diego, California,” said Imad Hamad, AHRC Executive Director. “We believe that the toxic political environment and the hateful and divisive rhetoric constitute a leading factor in these acts of hate and terror,” concluded Hamad.