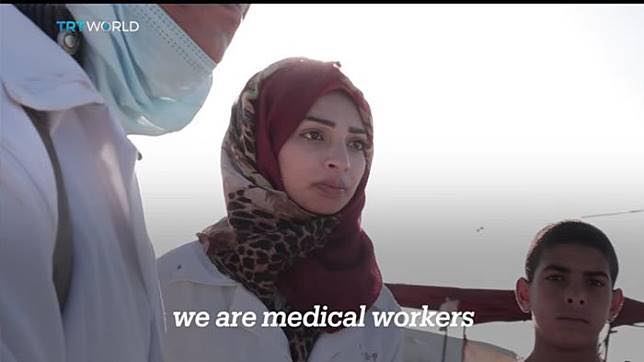 Palestinians in Gaza have been protesting Israel’s treatment of Gaza as an open air prison. Nurse Razan was performing her duty as a medical professional when she was reports indicate she was deliberately shot by an Israel army sniper in Gaza on Friday, June 1, 2018. Her visible and recognizable white medical uniform and vest did not help save her life.

The situation in Palestine should shock the conscience of all believers in human rights and in basic decency. The targeted killing of Razan is not the first and will not be the last blatant violation of human rights of the Palestinians. Israel has a history of targeting medical professionals and journalists.  Razan is another victim of the many victims of Israel, a state that considers itself above international law and not accountable to anyone. The US has been enabling Israel by shielding it from censure at the UN. The world has to put a stop to this impunity in the interest of world peace and the protection of human rights.

AHRC calls for an immediate international independent investigation into the killing of Razan and all the other victims. Israel should not be allowed to continue its abuse of Palestinians with impunity. Israel must end its violations of the human rights of Palestinians and has to be pressured by peace loving nations to live up to all its international commitments as a UN member.

“The deliberate killing of Razan al-Najjar, a young nurse in her paramedic’s white robe carrying out her humanitarian duty during the peaceful protest campaign the ‘Great March of Return’, is not only reprehensible but a crime against humanity,” stated Imam  Mustapha Elturk, leader of the Islamic Organization of North America, IONA  and AHRC board member.”It is inexcusable, unjustified and Israel must be held accountable for its actions,” added Elturk.