AHRC COMMEMORATES THE 13TH ANNIVERSARY OF THE SEPTEMBER 11 NATIONAL TRAGEDY: 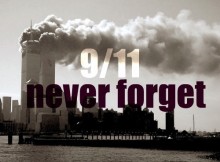 [Michigan- Wednesday- September 10, 2014]: The American Human Rights council (AHRC)  joins the nation and peace- loving people worldwide in commemorating the  13th anniversary of the September 11, 2001 terrorist attacks on our nation. Congress declared September 11 Patriot Day and National Day of Service and Remembrance, commonly known as Patriot Day. AHRC calls upon fellow citizens to actively participate in the events taking place commemorating the tragedy and honoring Patriot day.  Patriot day reaffirms our unity towards embracing our national coexistence and our rich diversity. Patriot day serves as a constant reminder that terrorism, extremism, and violence are our common enemy that recognize no race, national origin or religion. AHRC reaffirms its commitment toward a secure nation that  protects, preserves and advances human rights and human dignity.

“No one can forget the 9-11 horrific crime against humanity” said Imad Hamad, AHRC Acting Director.  “We all honor the memory of those who lost their lives through unity, national service and observance of Patriot day. We believe and advocate that security and human rights are compatible, and indeed, respecting human rights promotes security,” continued Hamad.

The American Human Rights Council (AHRC) supports Patriot Week and encourages its friends and supporters to partake of the Week’s activities.  Patriot Week renews America’s spirit by celebrating the legal and political traditions that make America the leader of the free world.

Many of current holidays have become overly commercialized or have lost their deeper meaning. We need to invigorate our appreciation and understanding of America’s spirit, our commitment to the ideals of equality and liberty for all. Anchored by the key dates of September 11 (the anniversary of the terrorists attacks) and September 17 (Constitution Day, the anniversary of the signing of the Constitution by our Founding Fathers), the schedule for each day has a separate focus. Patriot Week helps remind us  of who we are and what we stand for- equality, freedom and justice for all.

Among the First Principles celebrated are racial and gender equality, as well as the rule of law, inalienable rights, the Social Compact, limited government, and the right to alter or abolish an oppressive government.  Patriot Week also educates about the Constitution, the Bill of Rights, and the 14th Amendment – all essential First Principles and documents to the mission of AHRC.  Co-created in 2009 by Judge Michael Warren and his then 10-year-old daughter Leah, Patriot Week has captured the imagination and support of citizens across the nation.  Patriot Week is 100% non-partisan, and embraced by many elected officials, schools, and community organizations.

To learn more about Patriot Week, visit www.PatriotWeek.org.  We encourage attendance at their events, a listing of which can be found at http://patriotweek.org/events/2014-events/.