AHRC calls on Lebanon to end discrimination against its Palestinian refugees 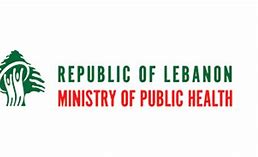 The American Human Rights Council (AHRC-USA) expresses its serious concerns regarding the current Minister of Labor, Camille Abousleiman, using Lebanese labor laws to harass Palestinian businesses and workers in Lebanon. The minister’s campaign has created fear and anxiety among Palestinians whose existence in Lebanon can be described in one word: Precarious.

The Minister claims to be enforcing Lebanese labor laws. However, these laws have long been on the books. It defies logic and common sense to treat the Palestinian refugees who have been living in Lebanon since 1948 as if they were citizens of ordinary countries that they can freely return to. The Palestinian refugees are not in the same position as, for example, Italians tourists who are in Lebanon on a temporary visa. These Palestinians were forced out of their homes and Israel prevents them from returning. The Italian tourist can go back to Italy, where is the Palestinian refugee going to go to?

AHRC holds the position that human rights and human beings should not be used as a political football to score points. Political expediency is no justification for violating human rights and basic decency.

“The Palestinians are an ordinary people facing extraordinary challenges imposed on them, primarily by Israel” said Imad Hamad, AHRC Executive Director. “We call on Lebanon to rectify this situation by having the parliament pass a law that gives its Palestinian refugees economic and social rights,” added Hamad. “Otherwise, Palestinians will continue to live in fear of being subject to the whims of different labor ministers and their partisan political agendas,” concluded Hamad.