AHRC CALLS FOR THE IMMEDIATE RELEASE OF UK HOSTAGE ALAN HENNING HELD BY THE IS: 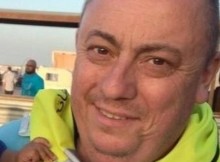 The American Human Rights Council (AHRC) joins the international community and particularly more than 100 British Muslim imams, organizations and individuals who expressed their “horror and revulsion” at the “senseless murder” of Briton David Haines and the threat to the life of Mr Alan Henning according to the letter published by the UK Independent Newspaper.

AHRC  calls for the immediate release of Mr. Alan Henning, a UK hostage held by the terrorist  extremist the Islamic State (IS) group in Syria. He was kidnapped and held hostage since December of 2013. Mr. Henning is a volunteer  humanitarian aid worker who travelled to Syria to help civilians is being threatened of facing the same fate like the two American journalists Foley, Sotloff and the UK aid worker Haines who were beheaded. This growing cycle of violence and acts of terror  pose serious threat to world peace and stability in the Middle East region and the rest of the world.  AHRC reaffirms its call for the necessity of addressing this growing threat by addressing the roots and the causes of its presence. This require a very transparent assessment and accurate analysis and deep understandings in order to produce a strategic comprehensive plan of action.

In the letter by the British Muslim leader to the Independent newspaper, Muslim leaders described IS as un-Islamic fanatics and urged them to show mercy on Mr Henning. The letter said anyone undertaking a humanitarian act should be held in the highest esteem. This was in contrast, they said, to the “senseless kidnapping, murder and now despicable threats to Mr Henning at the hands of so-called ‘Muslims.” They said such actions could not be justified anywhere in the Koran or Islamic tradition, and the fanatics were not acting as Muslims but perpetrating the worst crimes against humanity.