AHRC calls for peace in Palestine, guided by international law 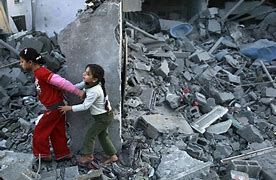 The American Human Rights Council (AHRC-USA) calls upon the United Nations and the international community to act promptly to end the Israeli aggression on Gaza.

AHRC further calls for the UN to provide immediate protection to the Palestinian people. The recent escalation in Gaza is very alarming, and together with Mr. Trump’s position on the Golan Heights, is adding fuel to the fire.

The American Human Rights Council (AHRC-USA) calls for an end to all forms of aggression against the Palestinian people. This includes the violence of the siege on Gaza, settlement building and expansion, as well as the violence of bombardment. Also, AHRC condemns all targeting of civilians regardless of the victim or the perpetrator.

AHRC continues to support the two-state solution with the Palestinian capital in East Jerusalem. We call for an end to Israeli occupation and international protection for the Palestinians from Israel. We also call on all Palestinian factions to reconcile and to fully respect human rights.

“As to the Palestinians and Israel, it is Groundhog day every day,” said Imad Hamad, AHRC Executive Director. “It is time to end this vicious circle of violence,” added Hamad. “The solution is well-known and is outlined in UN decisions,” concluded Hamad.