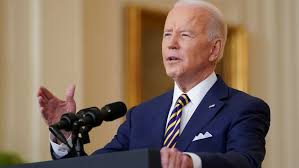 The American Human Rights Council (AHRC-USA) condemns all killings of innocent civilians, especially the targeting of journalists. In this spirit we call for moral consistency on human rights, especially human lives, and call on President Bien to pause his trip to Israel.

Journalists and other media personnel must be protected, let alone not directly targeted. The demographic background of journalists such as their gender, nationality, religion, and race, should be irrelevant as to their protection from state and other violence.

It is often said that journalists write the first draft of history. Journalists, just like first responders, are on the scene during dangerous situations to do their vital work. The media’s work is vital to keeping the public informed. Journalists often put their own lives at risk to do their job. Society cannot make informed decision without knowing the facts.

The recent cold-blooded assassination of Palestinian-American journalist Shireen Abu Akleh by the Israeli armed forces serves as a tragic and painful reminder that such a basic norm is not followed or is selectively enforced. Abu Akleh is not the first victim of Israeli gunfire. According to the Palestinian Journalists’ Union report a higher number, fifty-five killed since 2000. This is unacceptable. Fifty-five is a pattern and not an accident.

The killing of Abu Akleh is not the first killing of a Palestinian journalist and we have no reason to believe will be the last. Abu Akleh’s targeted killing as well as the immoral and shameful Israeli police interference and disturbance of her funeral services is indicative of Israeli disregard for Palestinians, the living and the dead.

The images seen by the whole world show that the Palestinians are being victimized by the Israeli occupation, an occupation that disregards their most basic human rights. Condemnation is not enough. There should be a serious, international objective, and independent investigation to hold Israel accountable for its actions.

Abu Akleh was an American citizen. Her life was as valuable as any other life. There should be no Palestine and Palestinians exception as to human rights and dignity. The killing of Abu Akleh, the Palestinian American journalist, is now a litmus test that we can either pass or fail. We must be morally consistent in dealing with crimes regardless of the identity of the perpetrator or the identity of the victim.

AHRC calls on journalists not to be intimidated by Israel and to continue to do their work reporting the real story of the brutal occupation, not the Israeli fiction. AHRC calls on President Biden to cancel his visit to Israel in June, until those responsible for the killing are held accountable. We are especially troubled that President Biden’s trip comes while Israel launched an illegal massive house demolitions and evictions of civilian Palestinians of Al-Markaz Village of the occupied West Bank. Israel should not be rewarded with a visit from Mr. Biden when disregards human rights and international law right before a visit.

President Biden and Secretary of State Blinken have promised to be different from the previous administration, representing the best of America. The promise was an administration that respects human rights and law. President Biden needs to show American journalists, especially those who cover international affairs, that they cannot be targeted with impunity. The life of Abu Akleh, an American citizen, is not less valuable than any other life simply because the accused assassinator is Israel. Political expediency should not trump moral consistency.

We urge Mr. Biden to seize the moment to draw a line in the sand as to the importance of human rights for all and the lack of impunity to perpetrators of war crimes. We urge the President to cancel his visit to Israel, pressure Israel to bring Abu Akleh’s killers to justice and to halt house demolitions and evictions.

Dear author,
Your story is published and below is a link to the publication
http://www.thenigerianvoice.com/news/308583/ahrc-calls-for-moral-consistency-on-human-rights-urges-pres.html