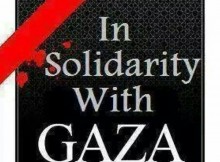 [Michigan- August 1, 2014]-The American Human Rights Council (AHRC) cautiously welcomes the news of a humanitarian ceasefire in Gaza. AHRC, however, is deeply concerned about Israeli deliberate targeting of civilian locations such as hospitals and schools in Gaza. The targeting of civilian and civilian infrastructure is a violation of international law and is condemned in the strongest words. The bombing of the only power station in Gaza is bound to create an ongoing humanitarian crisis in Gaza even after the end of hostilities. Electricity is fundamental to society and many functions that are taken for granted are dependent on electricity (water plants, hospitals, schools etc.). The bombing of UNRWA schools, with civilians taking shelter inside, is a war crime to be added to long list of crimes.
We call on the international community and individuals of conscience to press for an independent investigation by the UN of the human rights violations in Gaza and for the UN Security Council to issue a resolution ordering the parties to enter into a meaningful and lasting ceasefire and negotiate a political settlement of the conflict. A lasting peace recognizes the basic humanity and political rights of the Palestinian people and their inalienable right to live with dignity and freedom.
www.ahrcusa.org