AHRC calls for an immediate end to the carnage in Yemen: 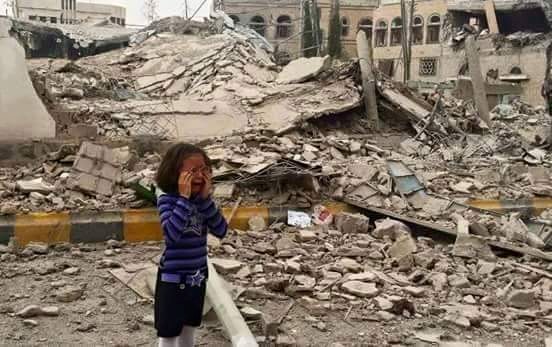 The American Human Rights Council (AHRC-USA) condemns the recent airstrikes on Yemen that resulted in killing innocent civilians, among them children. We call for an immediate end to the war.

The war in Yemen has destroyed the country and its basic infrastructure making Yemen one of the worst humanitarian crises in the world. Cholera presents a serious threat to the Yemeni population. The dire healthcare situation has reached a very dangerous level that threatens the lives of so many in Yemen.

The victims of the Saudi-led war campaign are mainly the innocent civilians of Yemen. AHRC condemns in the strongest words the killing of all civilians.  The American Human Council (AHRC-USA) calls upon all the parties involved in the conflict to engage in peaceful dialogue to help end this humanitarian crisis that has destroyed the country. The Yemeni people deserve better that more years of bitter fighting with more deaths, destruction and the displacement of  millions of Yemenis inside and outside Yemen.

“we are shocked at the immensity of destruction in Yemen,”said Imad Hamad, AHRC Executive Director. “The carnage in Yemen has to stop. The ongoing war is a stain on the conscience of the world,” added Hamad.