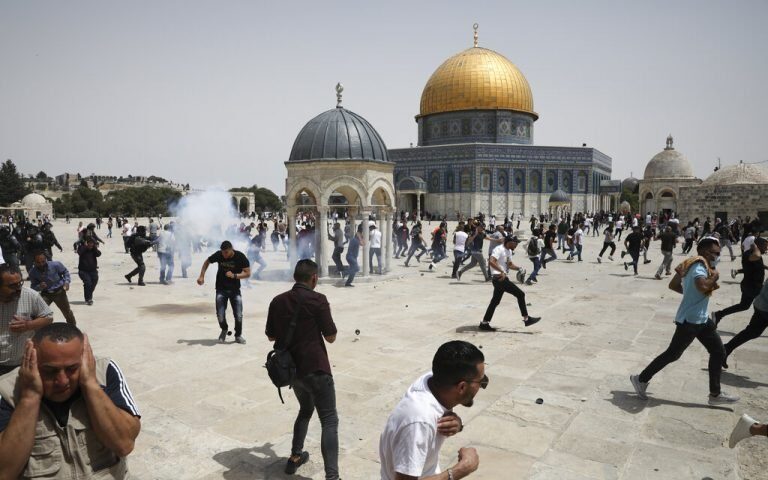 [Michigan April 19, 2022]: This April major religious observations and celebrations of the three Abrahamic faiths coincided. People of faith saw that as a blessing. Religious occasions are a time for peace, prayer, reflection and connecting closer to the creator. The news from Palestine, the land of the three Abrahamic Faiths tells a different story. A story of ongoing occupation and conflict.

Everyone has watched the recent Israeli Attacks on the Muslim worshipers in Al Aqsa Mosque in Jerusalem. These attacks violate the rights of Muslims to worship in peace during the holiest month of the year. We saw Israeli soldiers, heavily armed, attacking unarmed Palestinians. We saw increased excessive force against civilians including women and the elderly. This is unacceptable and unjustified.

Muslims and Arabs supported the Biden candidacy and expected Biden to be more even handed on Palestine. Biden promised a foreign policy that is based on human rights and law. We don’t see that in Palestine. We are deeply troubled by the muted Biden administration’s reaction to this violation of international law and basic decency in Jerusalem. We see hypocrisy, political expediency, and double standards. We expect better from the current administration.

This is not the first time that Al Aqsa Mosque is attacked by Israeli soldiers and Israeli extremists. These continued Israeli assaults against Islam’s third holiest shrine should not be tolerated. The attack on Al Aqsa fuels anger among all Muslims across the world. It also appalls everyone who supports the right to worship in peace in one’s holy site equal to any other holy site of other faiths. Al Aqsa is an Islamic holy site and the 1.7 billion Muslims around the world are unwilling to compromise this fact. Holy sites must be respected and protected. This applies to all with no exception.

The al Aqsa Sanctuary Compound is the third holiest shrine in Islam. It is at the heart of the Palestinian-Israeli conflict. Loud and extreme Jewish Israeli voices have always said they want to demolish the Islamic structures and build a Third Temple that according to the Jewish tradition would usher the Jewish Messiah. These extremists are supported by some Christians who see a Third Temple as ushering the Second Coming of Christ. They already have designs for the Third Temple.

Al Aqsa Sanctuary Compound is a holy site for all Muslims and a national symbol to all Palestinians, Muslims, and Christians alike. Time is over-due for the world to intervene to end Israeli violations of Palestinian rights and to put an end to the ongoing conflict. The solution to the conflict is not a mystery and international law and UN resolutions provide the framework for a peaceful resolution that almost all the world supports. All that is needed is the political will, American political will. We have seen a failure of leadership under both Republican and Democratic administrations. The Palestine issue is not a Republican or Democratic issue. Not a conservative or liberal issue. It is an issue of human rights and international law. It transcends partisan politics and ideology.

“Al Aqsa Sanctuary Compound is a Muslim holy site, period,” said Imad Hamad, AHRC Executive Director. “Israeli forces should stay away from this Islamic holy site and let Muslims pray in peace,” added Hamad. “It is a most basic human right to be able to worship in peace, especially during Ramadan, the holiest month in the Islamic calendar,” concluded Hamad.

Donate to AHRC today:
These are challenging times. Despite all the myriad challenges, AHRC continues its diligent work helping members of our diverse communities at all levels. To donate, please visit: www.ahrcusa.org for safe & secured donation. Every donation counts. No amount is small.