AHRC CALLS FOR A TRANSPARENT INVESTIGATION OF THE ABUSES OF PRISONERS REVEALED IN THE LEBANESE ROUMIEH PRISON VIDEO: 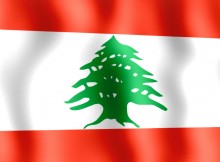 The American Human Rights Council (AHRC) is deeply troubled by the torture of Lebanese prisoners in the Roumieh prison in Lebanon.  Roumieh prison is known to be the largest Lebanese prisons with very poor and unhealthy conditions. Social media have circulated a video of prisoners being tortured.  These recordings  shocked the world and indeed raised serious concerns regarding the treatment of prisoners in Lebanese prisons. These images of such  documented treatment is blatant violation of the most basic human rights that are universally seen as applicable to all prisoners regardless of the nature of their crimes or violations. AHRC unequivocally condemns the abuse and torture of prisoners regardless of the charges they are held for.

AHRC calls for a  transparent investigation of the documented abuse, calls for holding the abusers accountable, and urges changes that will prevent the recurrence of such shocking abuse. AHRC commends the Lebanese government condemnation of such abuse and the arrests made thus far related to this serious matter.  AHRC hopes that the Lebanese Government and its related security agencies will follow through with the proper measures to hold the abusers accountable, put an end to prisoner abuse and most importantly taking concrete measures so this kind of abuse never happens again, One key step in the right direction  is the beginning of the over-due judicial proceedings related to these political prisoners whom have been held for years. According to several media resources and human rights groups there are good number of political prisoners are being held for long time without their due  judicial and court proceedings, a matter of continued serious concern.

It is important to note that the issue of abuse of prisoners in Lebanon is not limited to the released videos. Human rights organizations and the US State department human rights report have indicated that there is credible evidence of abuse of detainees and prisoners. The US State department Lebanon report of 2013 stated: “The law does not specifically prohibit all forms of torture or cruel, inhuman, or degrading treatment or punishment, and there were reports that security officials employed such practices. The penal code prohibits using acts of violence to obtain a confession or information about a crime, but the judiciary rarely investigated or prosecuted such allegations. According to domestic and international human rights groups, security forces abused detainees and used torture to obtain confessions or encourage suspects to implicate other individuals.”

AHRC affirms that prisoners regardless of the crimes and violations that they are held for remain human beings who are entitled as such to protections that are enshrined in the Universal Declaration of Human Rights and other human rights instruments that Lebanon has signed and agreed to be bound by.

“The images of the prisoners being abused are truly shocking. Torture is immoral and illegal regardless of the identity of the torturer or the tortured” said Imad Hamad, AHRC executive Director. “We urge the Lebanese government to honor its international obligations to respect human rights, reduce pretrial detention and clearly ban the use of torture” continued Hamad.