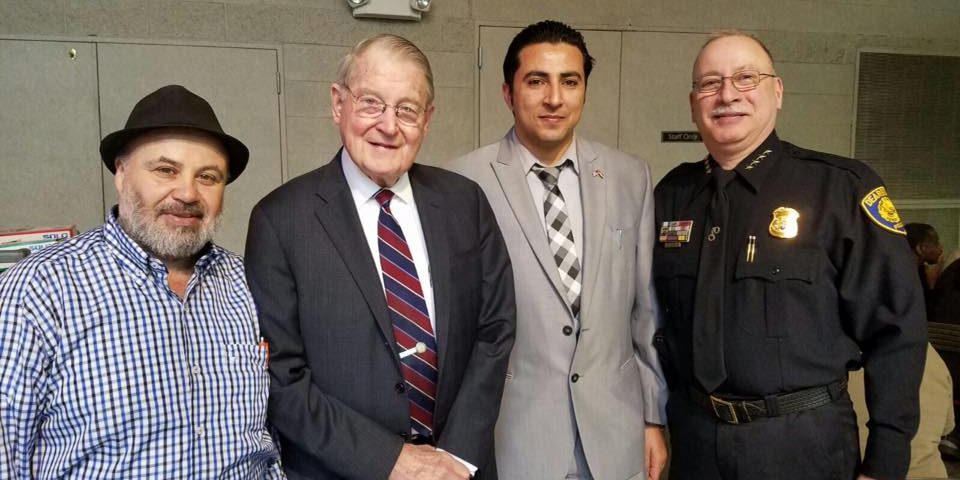 Leaders from faith-based, civic, and educational institutions were in attendance. The Honorable William H. Webster, Chair of the Homeland Security Advisory Council (HSAC), joined the session as the city’s special guest. The workshop’s focus was on helping organizations with planning on dealing with an active shooter situation.

AHRC-USA commends the DHS for organizing the workshop and Mayor J. O’Reilly and Chief R. Haddad for hosting it. It is important to note that the training was not in response to specific threats. Many institutions around the country have proactively held active shooter trainings in preparation for a possible outbreak of violence.

“Unfortunately, in this day and age, nobody is immune from violence,” said Imad Hamad AHRC Executive director. “Given what we have seen around the country, being prepared for an active- shooter situation is imperative,” said Hamad.

“We commend the various levels of government for cooperation in setting us this useful workshop,” said Bandar Bawazir, AHRC Executive Board Member.