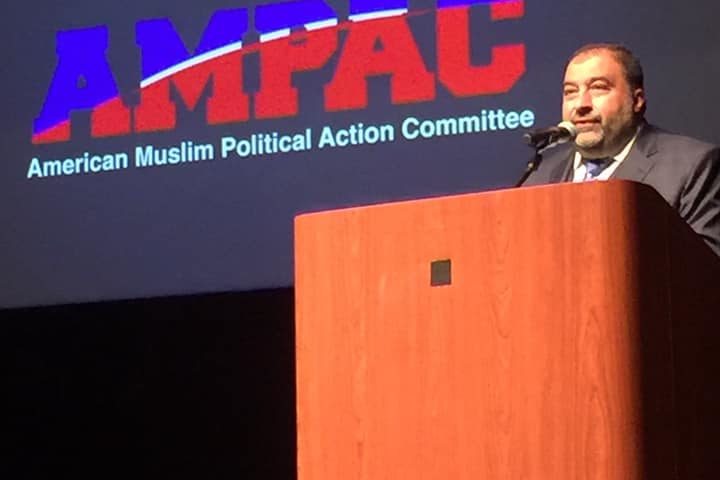 The American Human Rights Council (AHRC-USA) commends the organizers, volunteers, participants and the supporters of the 2019 Reconnect Conference, Living In The Light Of Faith that was held at the Ford Community & Performing Arts Center in Dearborn, on Sunday, October 06, 2019 from 9:30 a.m. to 9:45 p.m. The 2019 Reconnect Conference in Dearborn this year is the second of such landmark event of its kind.

The conference was a true motivational forum through a series of lectures, presentations and open discussions. The conference theme was Living In The Light Of Faith, with deep insight and strong determination to advance engagement towards making a difference. The conference was a ray of hope in a society and nation divided, in need of civil debate in need of an effort to counter spread of hate, extremism and violence.

With over one thousand participants, mainly young & youth, this year’s conference was a true inspiration not only by its level of organization, nor by the eloquent diverse speakers and scholars who spoke. The unprecedented participation of the youths was one of its unique features. Remarkably, close to 70% of the participants were female. This high participation of young women reflected how much the young generation strives to be in the heart of action and not be identified as the silent invisible majority.

The one- day conference reflected great positive energy. Participants were filled with optimism and determination reconnecting with each other and reconnecting with the reality and the common challenges facing Muslim Americans amidst one of the most difficult political times in America. Morale was high, high enough not to give up and to be part of the change needed.

Congresswoman Debbie Dingell addressed the conference participants expressing admiration of the dedicated youths and calling on all to rise and actively engage to make the change that we all deserve and need.

The American Human Rights Council (AHRC-USA) as a proud supporter and participant salutes the 2019 Reconnect Conference organizers, sponsors,the collaborative effort of several centers, organizations, civic and faith leaders who worked tirelessly to create this successful Reconnect Conference in Dearborn. Special recognition goes to the volunteers of the Islamic Center of Detroit (ICD) & the American Muslim Leadership Council (AMLC) who spearheaded the effort to help organize the proceedings of the conference.

“Former President Bill Clinton once said that there is nothing wrong with America that cannot be cured by what is right with American,” said Imad Hamad, AHRC Executive Director. “America’s strength is belief in a better future and despite all the negative political rhetoric and sad news that we hear about every day, the Conference reinforced the optimism about the future,” added Hamad. “It was a day full of positive energy and a day of determination to rise to the challenge as one team,” concluded Hamad.

Your story is published and below is a link to the publication
http://www.thenigerianvoice.com/news/282238/american-human-rights-council-ahrc-usa-attends-2019-reconn.html