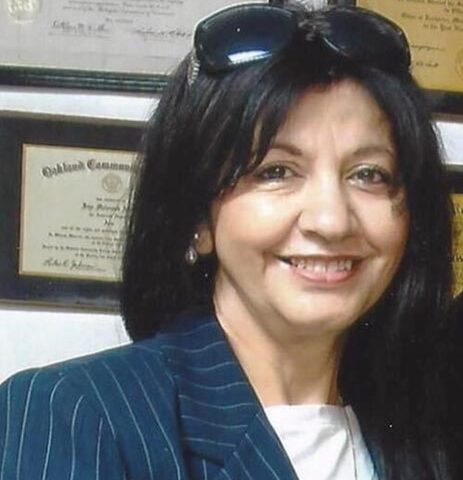 The American Human Rights Council (AHRC-USA) is pleased to announce that Ms. Faye Awada, Director of United International Services in Dearborn will be the recipient of the AHRC’s “Community Spotlight” recognition for this year. AHRC is proud to present Ms. Awada with “Tribute of Distinguished Community Service” for her decades in community service.

Ms. Awada has been the director of United International Services (UIS) since 1985. UIS services include handling immigration forms, referrals to community and social services, guidance, counseling, and translations. She is a role model for the independent and successful woman who works hard to make a difference.

The Tribute will be presented at the AHRC “Spirit of Humanity” Awards & Dinner Gala that will be held on Friday, October 21, 2022, at the Fairlane Banquet located at 700 Town Center Drive in Dearborn.

Earlier, AHRC announced its 2022 “Spirit of Humanity” awardees. AHRC is proud to recognize all these outstanding public servants, humanitarians, organizations, individuals, and leaders serving humanity. AHRC takes pride of the outstanding contributions that all have made. These awardees are:

Champion of Justice Award
Proudly presented to “We the People of Detroit” (https://www.wethepeopleofdetroit.com/ ) and The People’s Water Board Coalition ((https://www.peopleswaterboard.org)

AHRC congratulates all its 2022 ‘Spirit of Humanity” awardees and the Community’s Spotlight awardee and looks forward to a great program prepared for the evening of October 21, 2022.

Dear author,
Your story is published and below is a link to the publication
http://www.thenigerianvoice.com/news/312666/ahrc-announces-its-2022-community-spot-light-gala-award.html

Donate to AHRC: These are challenging times. Despite all the myriad challenges, AHRC continues its diligent work helping members of our diverse communities at all levels. To donate, please visit: www.ahrcusa.org for safe & secured donation. Every donation counts. No amount is small.

AHRC Mission:  The American Human Rights Council (AHRC) is dedicated to defending and protecting human rights as outlined in the U.S. Constitution and the United Nations 1948 Universal Declaration of Human Rights (UDHR). The AHRC was formed to protect these rights and advocate for anyone whose rights are being violated or denied. To that end, the AHRC will build a tenacious, objective, and carefully guided advocacy program that will serve to defend individual human rights, whenever and wherever they are being infringed upon