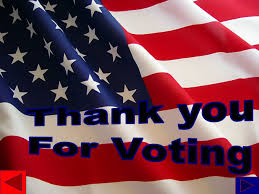 [Nov. 8, 2017]:The American Human Rights Council (AHRC-USA) extends its congratulations to all candidates who managed to earn the voters confidence and support and won in this 2017 general elections in Michigan and across the nation.

We salute the winning candidates for their tieless efforts and hard work that enabled them to win the people’s confidence. AHRC urges all winning candidates to live up to people’s expectations and fulfill their electoral campaigns’ promises and pledges. The ultimate test is the future ahead and the ability of these elected officials to prove themselves worthy of the responsibility entrusted to them.

AHRC recognizes the work and efforts of all political entities, groups, activists and volunteers who worked hard during this election season living the American democracy. An engaged and informed electorate is key and the work of these groups of concerned citizens is key to the process.

AHRC thanks the volunteers, especially the young men and women, of the different political campaigns who worked the polls all day helping the voters. This volunteerism gives us a lot of confidence in the future.

In a democracy, by definition, there are winning candidates and losing candidates.  In this spirit, AHRC calls upon all the candidates and the heads of the electoral campaigns, their supporters and the public at large to graciously accept the outcome of the fair and free elections.

We urge everyone to remain positive. We urge unity across the board for the public good.

“Elections go to the heart of what it means to live in a democracy,” said Imad Hamad, AHRC. “Sometimes they generate negativity and ill will but it is only a phase and it is important to move on,” added Hamad. “No one should forget that we can all serve the public good in government and out of government,”  concluded Hamad.