AHRC condemns the killing of the Saudi University student in Wisconsin, urges vigilance in this toxic electoral cycle: 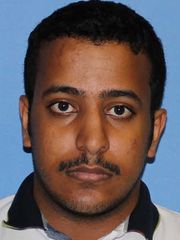 The American Human Rights Council (AHRC-USA) strongly condemns the brutal and cold-blooded murder of a 24 year old Saudi student at the University of Wisconsin, Mr. Hussain Saeed Alnahdi. Mr. Alnahdi suffered a violent attack in downtown of Menomonie, Wisconsin on Tuesday, October 31, 2016. He died on Wednesday, November 2, 2016 as a result of the severity of the injuries he sustained from the brutal attack. The killing of Mr. Alnahdi is another tragic reminder of the toxic environment of hate generated by the divisive rhetoric of the current electoral cycle.

AHRC-USA calls for a thorough investigation of this crime and urges anyone who has any information about the crime to contact the authorities. Tips can sent to Dunn County Crime Stoppers at 1-855-847-3866 or dunncocrimestoppers.com

AHRC-USA offers its sincere condolences to the family of Mr. Alnahdi. AHRC-USA warns against the continued scapegoating of Muslims and the other harsh rhetoric in this charged political environment. AHRC-USA is very concerned that Muslims would be the target of more hate crime as we get closer to the election.

AHRC-USA salutes the local, state and federal authorities for their efforts to make all of us feel safe. We urge Muslims Americans to stay vigilant and not to hesitate to contact the authorities when they feel unsafe.

“We are shocked by this heinous crime,” said Imad Hamad, AHRC Executive Director.  “International students, including Saudi Arabia’s, are welcome in the US and it is the responsibility of all of us to make them feel safe” continued Hamad.

For more information, visit the US today article:
http://www.usatoday.com/story/news/nation-now/2016/11/01/saudi-student-assaulted-wisconsin-dies-his-injuries/93101338/