World Peace Outreach An Asset to Our Community 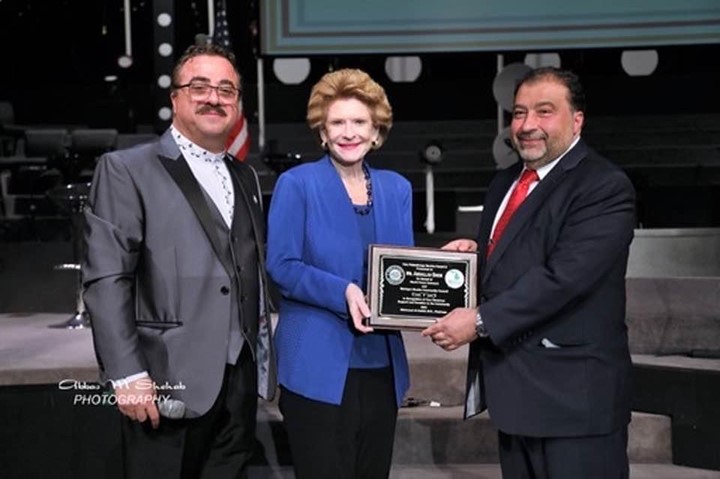 The American Human rights Council (AHRC-USA) extends its congratulations to the founders of the World Peace Outreach and Masjed Al Nour for an inspirational grand opening ceremony.

All guests gathered to celebrate the grand opening of a unique and elegant facility with a sense of joy and pride to witness such a promising project and a big facility that will house multiple community programs and initiatives. Remarks were given by Dr. Mahmoud Al-Hadidi, CEO & Founder of the World peace Outreach and were echoed by the event’s keynote speaker, Dr. Zulfiqar Ali Shah, Executive Director of Fiqh Council in North America and fellow co-founders’ philanthropy awardees, Dr. Samir Al-Hadidi and Mr. Abdallah Sheikh.

AHRC wishes all the success to World Peace Outreach and congratulates all the awardees on their well-deserved recognition.

Dear author,
Your story is published and below is a link to the publication.
http://www.thenigerianvoice.com/news/316666/world-peace-outreach-an-asset-to-our-community.html

#####
Support AHRC Today:
We hope that you give AHRC a donation. No amount is too small, and every amount is significant.
We will always commit to our mission of protecting human rights, human dignity, human respect, upholding justice, and protecting American values.
Please donate today via AHRC Website (www.ahrcusa.org). It is safe and secured by PayPal.
###
AHRC Mission:
The American Human Rights Council (AHRC) is dedicated to defending and protecting human rights as outlined in the U.S. Constitution and the United Nations 1948 Universal Declaration of Human Rights (UDHR). The AHRC was formed to protect these rights and advocate for anyone whose rights are being violated or denied. To that end, the AHRC will build a tenacious, objective, and carefully guided advocacy program that will serve to defend individual human rights, whenever and wherever they are being infringed upon
# # #
AHRC News & Views
Media & Information: (313) 9143251 or via email at: Info@ahrcusa.org
NGO in Consultative Status with the Economic and Social Council (ECOSOC) of the United Nations