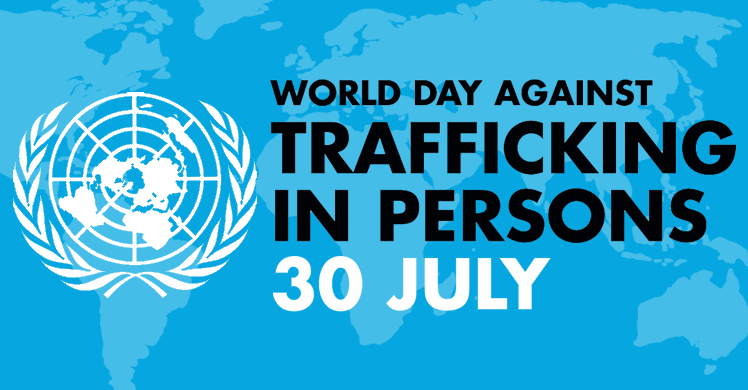 The American Human Rights Council (AHRC-USA) recognizes the World Day Against Trafficking in Persons that falls annually on July 30. The date was set by the United Nations General Assembly in 2013 as a day to raise awareness regarding human trafficking as a universal challenge facing the modern world.

Human trafficking and human slavery is a major problem that crosses borders and requires an international effort to curb. This is the reason that the UN wanted to bring attention to the problem by designating a World Day. Traffickers smuggle and exploit women, children and men who face all forms of abuse.

Combating human trafficking requires collective work and collaboration at the local, national and international levels. No country and no nation can be free of such a challenge that requires strategic planning, partnerships and effective awareness, education and action combating this human tragedy.

Women and girls are the prime target for the traffickers worldwide. In addition, displaced people and refugees are also targets to traffickers as well. It is at a crisis level and should be on the national agendas of all countries that care for human rights.

AHRC urges the general public to learn more about human trafficking by visiting the Blue Campaign website at: www.dhs,gov/Bluecampaign or by calling the National Human Trafficking Resource Center (NHTRC) at: 1-888-373-7888.

“Human trafficking is a serious crime that has not been dealt with the urgency that is warranted by the magnitude of the problem,” said Imad Hamad, AHRC Executive Director. “Global problems require global solutions and collaboration,” added Hamad. “It is our moral responsibility as American citizens and as a civil society to draw attention to this challenge and work on being a part of the solution,” concluded Hamad.

For more information, re World Day against Trafficking in Persons -30 July, visit
https://www.un.org/en/events/humantrafficking/index.shtml