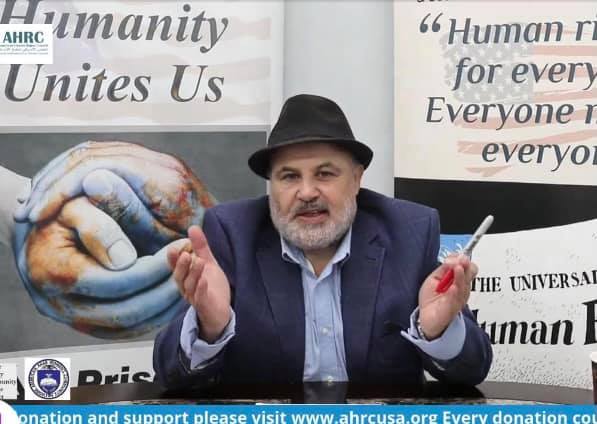 [December 9, 2020]: The American Human Rights Council (AHRC-USA), expresses its heartfelt appreciation to all the supporters, generous sponsors and all others who joined our virtual AHRC “Spirit of Humanity” Gala that was held and broadcasted live at 6:00 p.m. on Friday, December 4, 2020.

This was a very challenging experience that was imposed on all of us by Covid-19. Indeed, we are a big family and we all missed being physically together. We are hopeful that by the time our 2021 Gala is held we will be back to normal and we can get together in person.

Covid- 19 did not stop AHRC’s work, it just added to our challenges. The pandemic did not stop us from serving the public and advancing the cause of human rights, and human dignity at home and abroad. We were determined to hold our Gala, an annual event that our friends and supporters look forward to every year. The unwavering determination and dedication of our sponsors, supporters and volunteers made the Gala possible.

The program began with the national anthem performed by Dr. D. L Teamor, AHRC Advisory Board, followed by a prayer for peace by Imam Steve Elturk of the IONA mosque in Warren and Father George Shalhoub of St. Mary’s Orthodox Church in Livonia.

The year 2020 was a year of a great loss for AHRC, the death of a great friend, State Rep. Isaac Robinson, a pillar of AHRC who died in March of 2020. This year’s Gala included a tribute in loving memory of the late Representative Isaac Robinson. Isaac was a great believer in and supporter of AHRC and attended all our events. We all missed his smile and his presence with us. Mr. Abbas Shehab prepared a video that showcased moments from Isaac’s short but very productive life.

AHRC salutes all this year’s Gala sponsors, who did not hesitate to support AHRC and the cause of human rights. AHRC urges the community that it proudly serves in Michigan and across the nation, to take notice of them and support them. Also, AHRC extends its warm appreciation to all who donated during the program and responded to Mr. Sheik’s generous pledge to match their donations.

AHRC extends its appreciation to all the community-based organizations that spared no effort to set up food pantries during the Covid-19 crisis.
AHRC continues to solicit donations as the need is dire. The contribution to help AHRC continue its work and advance its services depends on such support. Please consider donating through our website at (www.ahrcusa.org) by clicking on the DONATE button. It’s safe and secure. No amount is too small.

“We thank all the donors, volunteers and supporters from the bottom of our hearts,” said Dr. Saleh Muslah, President AHRC Board. “AHRC’s success is a credit to our community and we are proud of AHRC’s work,” continued Dr. Muslah.

“Despite the limited resources, AHRC continues its work serving humanity at home and abroad,” said Mr. Naveed Ashraf, V.P. AHRC Board member. “This work is a mission and the mission will continue to be advanced for many years to come,” concluded Mr. Ashraf
##########
Donate to AHRC today:
The contribution to help AHRC continue its work and advance its services depends on such support. Please consider donating through our website at (www.ahrcusa.org) by clicking on the DONATE button. It’s safe and secure. No amount is too small.