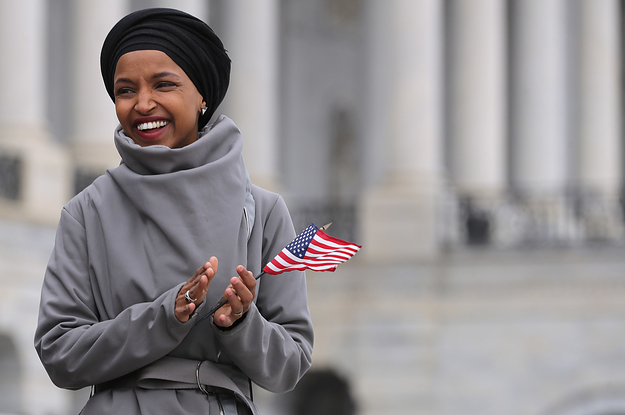 Opinion Published by the Dearborn Press & Guide
With a great deal of pride, I join peace- loving people in America in expressing serious and profound concerns regarding the ongoing political targeting and singling out of Congresswoman Ilhan Omar. The controversy over her reference to the 9/11 and President Trump’s exploitation of her words to sow division and anti-Muslim hate is not the first time Muslims are otherised and demonized. It will not be the last.

The decisive rhetoric and the hateful messaging from the President on down is fanning the flames of hate and contributing to the increase in racism and discrimination in America. This divisiveness goes against the core values of America- equality and valuing diversity and inclusion.

No amount of divisive and hateful political rhetoric will change the reality that America is and will continue to be a nation of immigrants. The racists have lost the war to define the United States as a White Christian nation. America is diverse and this diversity is a source of great strength. Immigration makes this country a better country. Through our history, different groups were considered un-American and incapable of being American. The Irish, the Italians and the Chinese among others. Now these communities are seen as fully American but historically they were the targets of hate and exclusion.

There is no doubt that Congresswoman Omar earned people’s support, admiration and respect across the nation, if not the world. It is no exaggeration to say that she is one of the most well- known American elected officials today. Her story is a testament to what is great about America and what is not so great about America. Her rise from a refugee to a law maker is testimony to the greatness of this county. The amount of hate she receives, even from the President of the US, is evidence that not all Americans believe in equality and inclusion.

Ilhan Omar is a courageous woman. It is often said that women are the stronger sex. They have a higher tolerance for pain and they live longer. Muslim women who wear the hijab risk being victims of hate crime. Still, they proudly wear their hijab because they put God first. America enshrined the freedom of religion in the First Amendment. Ilhan Omar is a living testimony to this freedom.

We address elected officials as honorable. But are all elected officials honorable? We have many examples that prove it’s not the case- the man sitting in the White House is Exhibit # 1. To be honorable you have to earn the distinction through your passion and your hard work serving the public. The use of foul language disqualifies a man or a woman from being honorable.

Unlike others, Ilhan Omar and, in a short period of time, proved that being truly honorable means being honest in who you are and what you believe in. She did not Anglicize her name, she did not take off her hijab. She was elected for who she is. And that speaks volumes about America.

This is not Trump’s America. It is our America. We are all stakeholders in the future of this country. Congresswoman Ilhan Omar is defending and living the American dream to its fullest. She is truthful and not in a business of political stunts to get in the news. She is not a show horse.

Dear author,
Your story is published and below is a link to the publication
http://www.thenigerianvoice.com/news/277520/targeting-congresswoman-ilhan-omer-is-un-american.html