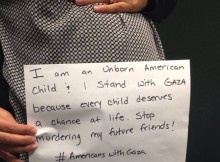 [Friday, July 11, 2014- Michigan] The American Human Rights Council (AHRC) expresses its serious concerns regarding the escalation of human rights violations and abuses that have been arising in the Arab World and the Middle East region. The tragic developments in Iraq, Egypt and Syria have seriously and negatively impacted the vulnerable civilian populations, especially women and children. The influx of refugees and the destruction of infrastructure present challenges to the region and the world. The AHRC calls upon all conflicting parties of these countries to uphold the basic principles of human rights, the very principles that affirm our humanity and transcend our differences. The AHRC affirms that the human life is very precious and its value is not determined by race, color nor faith.

AHRC is alarmed at the current deteriorating situation in Gaza. The AHRC expresses its serious concern regarding the escalation of conflict in mandatory Palestine and warns that such escalation will lead to further losses of innocent lives, destruction as well as abandon the peace and stability in the region. AHRC calls on all people of goodwill to break this cycle of vicious violence.

The AHRC does not condone the killing of civilians. AHRC notes that the barbaric killing of the 15- year old Palestinian teenager, Mohammed Abu Khudair who was set on fire alive, is another example of this ongoing tragedy. This act shocks the conscience of the world and is condemned. AHRC deplores the massive attacks and the collective punishment tactics launched by the Israeli military against the Palestinian population in Gaza and the occupied territories. Those paying the price of this conflict are the noncombatants- mainly women and children. According to media reports, in addition to the devastating destruction of houses and other property, hundreds of civilians have been injured and more than a hundred have been killed mainly children.

AHRC also condemns the indiscriminate shelling and aerial bombardment of innocent civilians, in addition to the torture, abuse, and extra-judicial executions of prisoners and detainees. These abuses, especially collective punishment, is a blatant violation of international law and of human rights. AHRC calls upon the United Nations and the international community to end these attacks and immediately investigate the human rights crimes committed.