SEX TRAFFICKING IT’S NOT WHAT YOU THINK – IT’S WORSE 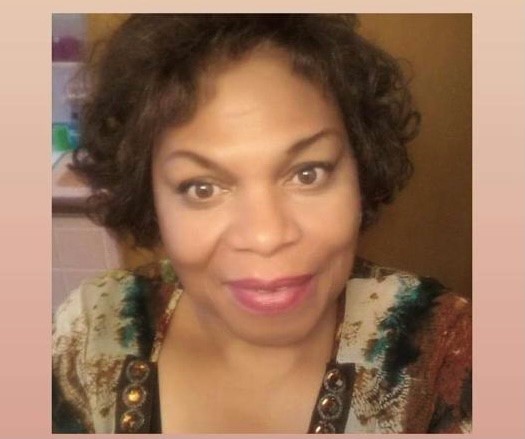 [Michigan, Jan. 25, 2020]: She was trusting and full of life. I mean, she wasn’t a beauty queen, but had plenty of good qualities. She was small, with long sandy-blonde hair that fell lazily down her back. She was funny, energetic and so full of life, back then. She was the youngest of seven children, and yes you could say she was spoiled. This Detroit girl spent her early years peddling her little pink and white bike, with the white tassels, flying in the breeze with reckless abandonment. She whizzed down the block, lickety-split, as fast as her bandy legs could carry her up and down Clements street, on the cities northwest side between Petoskey and Livernois.

She was the favorite. She was the one all the siblings looked out for…they had better, if not, a beating surely lay in wait, from the menacing leather razor strap, their father hung on the bathroom door if they didn’t.

This laid the foundation of her life. She grew up in what seemed to be a loving and God fearing family. Until all at once, in a single moment, it wasn’t. Everything she thought she knew and understood about life shattered into a thousand pieces beneath her feet. The bubble of protection they built up around her popped. They did it to try and shield her from the harsh realities of life. With good intentions because she was classified as “slow,” but it woefully backfired. Ironically the gut-wrenching betrayal that overtook her innocence came not from a stranger, but within her own family

The aftershocks of this betrayal severely damaged her family’s relationships. It would take decades of psychotherapy sessions, violent temper tantrums, and a battery of AA meetings to paint a true portrait of her mental state. Unfortunately she would never completely recover. She consistently turned to alcohol for refuge and safety. She got involved in one abusive relationship after the other, until finally she met the perfect storm. A man she met in a rehab center. He took full advantage of all of her imperfections, by gaining her trust, and subsequently gaining control of her mind, body and soul – pretending to accept her holistically and love her unconditionally. Thereafter, he became her god and savior. He walked on water. Whatever he told her to do she did it. He introduced her to a more nefarious demon second to her insatiable thirst for alcohol.

He led my sister laughing down that dark hole of perdition as a sex slave for 10 years.

I never believed I would come face to face with a sex trafficking situation. It only happens to girls and boys that are isolated and separated from their families, right? Wrong! In my sister’s case, it was years in the making, like a slow motion train wreck. Looking back, it was fueled by our collective ignorance, because we didn’t have the guts to standup and look truth in the face. We were too prideful, too embarrassed and too ashamed to get help. Our biggest mistake was seeking to protect the guilty and live a comfortable lie, while we sacrificed our sister’s life.

Make no mistake; there were signs all along the way of her being exploited as a sex slave. But when I finally realized the extent of her particular abusive situation, the mental and physical damage to her body had already took its ominous toll; it was too late. She died on January 23, 2020 of alcohol abuse and concurrent medical illness related to her abusive and hard lifestyle.

Get HELP
Michigan is ranked 10th in the nation when it comes to human trafficking If you suspect someone is a victim of sex trafficking, please contact: 1-855-444-3911 anytime day or night. National Human Trafficking Hotline: 1-888-373-7888.

Dear author,
Your story is published and below is a link to the publication
http://www.thenigerianvoice.com/news/295802/sex-trafficking-its-not-what-you-think-its-worse.html

SEX TRAFFICKING IT’S NOT WHAT YOU THINK – IT’S WORSE

_____ January is the National Slavery and Human Trafficking Prevention Month and it is an opportunity to raise awareness of this global problem. The American Human Rights Council (AHRC-USA) cannot emphasize enough the seriousness of this problem and the need for collective measures to combat this phenomenon.
######
Help AHRC Protect Human Rights:
These are challenging times. It is our common humanity that we are determined to protect. To donate, please visit: www.ahrcusa.org for safe & secured donation
# # #
AHRC News & Views
Media & Information: 313-790-8453
NGO in Consultative Status with the Economic and Social Council (ECOSOC) of the United Nations