NATIONAL MARCH DEMANDING THE END OF THE SIEGE OF GAZA- SUNDAY- AUGUST 31, 2014: 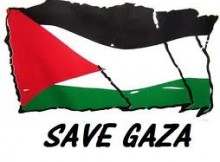 On Sunday, August 31, 2014 at 1:30PM, and in response to the war crimes committedagainst humanity and the Israeli crimes against the people of Gaza- Palestine,  the  national ANSWER Coalition and abroad coalition of anti-war and peace activists, Muslim, Arab-American groups including the American Human Rights Council (AHRC)  have joined together to organize a national march in Detroit, MI.

All peace loving people will be joining hands in a national march in the city of Detroit demanding the end of siege of Gaza- Palestine. Since July 8 over 2000 people were killed by Israel (80 percent of which are civilians) including 437 children and 246 women, and over 10,000 injured. Gaza has been under a suffocating siege by Israel since 2007.  Gathering will  be held in front of Cobo Hall Center located at 1 Washington Blvd in Detroit.  Buses will be coming from different cities and states. (313) 999-4420 or DetroitGazaMarch2014@gmail.com. Transportation will be listed at  www.ANSWERcoalition.org .