March-8 International Women’s Day: AHRC urges support for equal human rights and dignity for women in the US and abroad 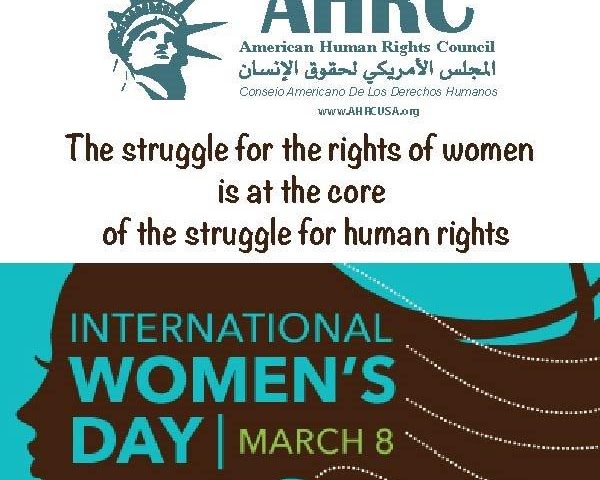 The American Human Rights Council (AHRC-USA) salutes women and their struggle for equality on International Women’s Day. On this special day, March 8 of each year, the world reaffirms the respect owed to all women in the world.
While women in the rich world have progressed and made leaps into equal rights and dignity with men, we are still faced with the harsh reality of most of the women in the world not even close to achieving equal rights and dignity with men. Too many women are deprived of basic human rights and continue to endure hardships and challenges. Most acute of these challenges are women being trafficked around the world.

International Women’s Day is a reminder to all of us that full equality and social justice are still denied to women on the basis of their gender. While women in the US and other Western countries have made immense progress, they still face myriad forms of discrimination.

“Women’s rights are human rights,” said Imad Hamad, AHRC Executive Director.”Much progress has been made, but we are far from full equality between men and women,” said Hamad.