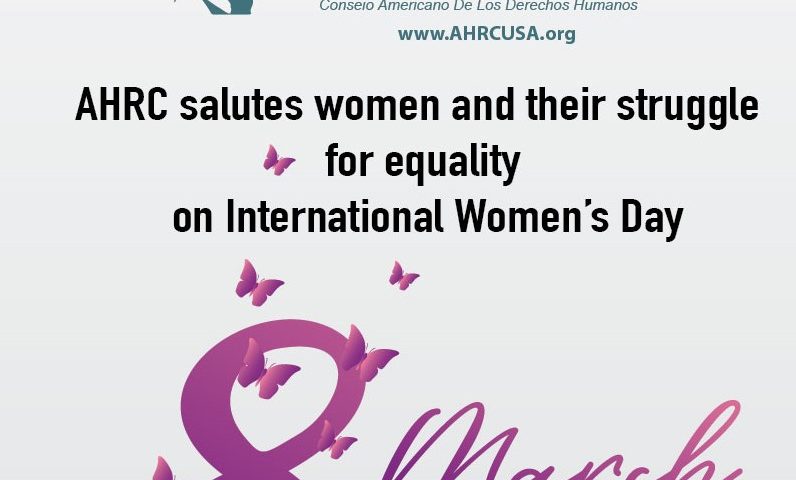 The American Human Rights Council (AHRC-USA) salutes all women around the world on this International Women’s Day that falls on March 8 of each year. The yearly recognition reaffirms the appreciation owed to all women in the world for their immense contributions to all humanity. On this Day, we are reminded that women’s struggle for full equality and dignity continues and too many women around the world live under conditions far below what they expect and deserve.

While women in the developed world have progressed and made leaps into equal rights and dignity with men, too many women around the world are deprived of basic human rights and continue to endure hardships and challenges. Most acute of these challenges is the trafficking of women and female children. In many parts of the world that are experiencing strife, such as Syria and Yemen, women have been the most harshly affected. In the US and other Western countries, women have made immense progress but challenges remain, such as the disparity in pay and rules that, on the face of it, look neutral but in application discriminate against women.

“Women are underrepresented in boardrooms and in politics,” stated Imad Hamad, AHRC Executive director. “The struggle for equality will continue until we see more women in leadership positions, in government and out of government, in numbers that reflect the fact that women are the majority,” concluded Hamad.

Dear author, Your story is published and below is a link to the publication http://www.thenigerianvoice.com/news/264165/international-womens-day.html