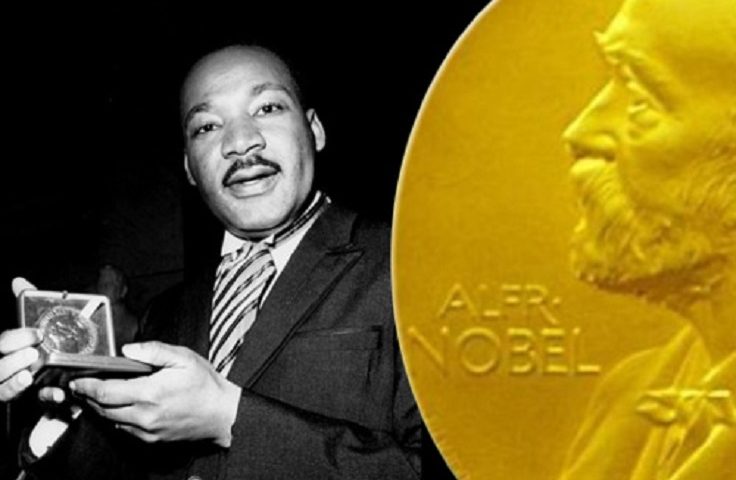 “We have sometimes given our white brothers the feeling that we liked the way we were being treated. But we come here tonight to be saved from that patience that makes us patient with anything less than freedom and Justice.
But, [he continues] our method will be that of persuasion not coercion. We will only say to the people, “Let your conscience be your guide.” Our actions must be guided by the deepest principles of our Christian faith … Once again we must hear the words of Jesus5 echoing across the centuries: “Love your enemies, bless them that curse you, and pray for them that despitefully use you.”
He concludes as follows:

“If you will protest courageously and yet with dignity and Christian love, when the history books are written [in future generations], the historians will [have to pause and] say: “There lived a great people – a black people who injected new meaning and dignity into the veins of civilization.” This is our challenge and our overwhelming responsibility.”
This battle cry – for such it was – was enthusiastically received by the audience. This was Montgomery’s moment in history, as Martin Luther King calls it.
His words rallied the majority of Negroes during their active struggle for human rights. All around the South, inspired by this slogan, they declared war on the discrimination between black and white in eating places, shops, schools, public parks, and playgrounds.

How was it possible to obtain such strong support?
To answer this question we must recall the strong position enjoyed by the clergy among the Negroes. The church is their only sanctuary in their leisure hours; here they can rise above the troubles and cares of everyday life. Nor would the appeal that they go into battle unarmed have been followed, had not the blacks themselves been so profoundly religious.
Despite laws passed by Congress and judgments given by the American Supreme Court, this struggle has not proved successful everywhere, since these laws and judgments have been sabotaged, as anyone who has followed the course of events subsequent to 1955 knows.

Despite sabotage and imprisonment, the Negroes have continued their unarmed struggle. Only rarely have they acted against the principle given to them by requiting violence with violence, even though for many of us this would have been the immediate reaction. What can we say of the young students who sat down in an eating place reserved for whites? They were not served, but they remained seated. White teenagers mocked and insulted them and stubbed their lighted cigarettes out on their necks. The black students sat unmoving. They possessed the strength that only belief can give, the belief that they fight in a just cause and that their struggle will lead to victory precisely because they wage it with peaceful means.
Martin Luther King’s belief is rooted first and foremost in the teaching of Christ, but no one can really understand him unless aware that he has been influenced also by the great thinkers of the past and the present. He has been inspired above all by Mahatma Gandhi6, whose example convinced him that it is possible to achieve victory in an unarmed struggle. Before he had read about Gandhi, he had almost concluded that the teaching of Jesus could only be put into practice as between individuals; but after making a study of Gandhi he realized that he had been mistaken.
“Gandhi” he says, “was probably the first person in history to lift the love ethic of Jesus above mere interaction between individuals to a powerful and effective social force …”
In Gandhi’s teaching he found the answer to a question that had long troubled him: How does one set about carrying out a social reform?
“I found” he tells us, “in the nonviolent resistance philosophy of Gandhi … the only morally and practically sound method open to oppressed people in their struggle for freedom.”
Martin Luther King has been attacked from many quarters. Greatest was the resistance he encountered from white fanatics. Moderate whites and even the more prosperous members of his own race consider he is proceeding too fast, that he should wait and let time work for him to weaken the opposition.

In an open letter in the press eight clergymen reproached him for this and other aspects of his campaign. Martin Luther King answered these charges in a letter written in Birmingham Jail in the spring of 1963. I should like to quote a few lines:
“Actually time itself is neutral … Human progress never rolls in on wheels of inevitability. It comes through the tireless efforts of men, willing to be co-workers with God, and without this hard work time itself becomes an ally of the forces of social stagnation.”7
In answer to the charge that he has failed to negotiate, he replies:
“You are quite right in calling for negotiation. Indeed, this is the very purpose of direct action. Nonviolent direct action seeks to … foster such a tension that a community which has constantly refused to negotiate is forced to confront the issue.”
He reminds them that the Negroes have not won a single victory for civil rights without struggling persistently to achieve it in a lawful way without recourse to violence. When reproached for breaking the laws in the course of his struggle, he replies as follows:
“There are two types of laws: just and unjust … An unjust law is a code that is out of harmony with the moral law …
An unjust law is a code that a numerical or powerful majority group compels a minority group to obey but does not make binding on itself …
One who breaks an unjust law must do so openly, lovingly, and with a willingness to accept the penalty.”